Hello! This is Brian Giaime, System Designer on Moonrise. Today we’re going to nerd out about dungeons: challenging, high-stakes combat endeavors that stand between players and sweet, sweet loot. 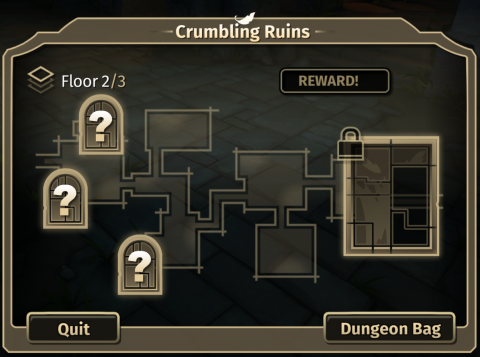 A dungeon represents a location overrun with hostile Lunari and considered exceptionally dangerous for regular folks to enter. Within lie many powerful creatures, but also treasures and rarities lost since the time the dungeon was last inhabited.

Each dungeon is composed of floors, each floor full of explorable rooms.  Some rooms are simply filled with treasure, but most lead to encounters with enemy Lunari. Each room cleared has a chance to help open the “boss door”, revealing the final encounter for the floor against a particularly challenging configuration of Lunari.Each floor has stronger Lunari than the last, but also contains better and more plentiful loot. 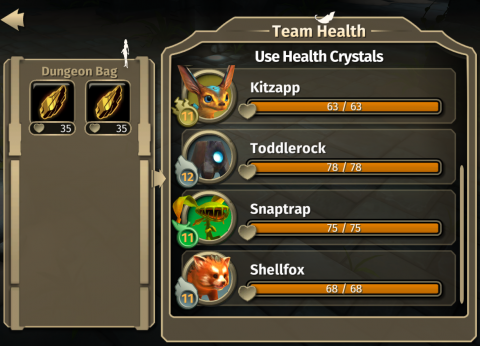 Combat in dungeons has a special twist: The health of your Warden and your team of Solari does not recover automatically. In addition to the normal challenges of battle, you’ll now have to consider the longer-term health of your team. You’ll find that dismissing injured Solari and sneaking in healing skills when able will do a lot to keep your team in fighting shape.That being said, between fights you’ll have access to your dungeon bag, full of health crystals you can use to restore your team.

What do I get out of dungeons?

Many of Moonrise’s toughest challenges and best rewards are found in dungeons,especially as you reach the deeper floors and the final bosses on each floor.

Dungeons are the primary source of relics, gear, and skill items, excluding those bought with gold at shops in town. New relics and skill items grant you and your team access to rare and powerful tactics in combat, while new gear provides you the stats you’ll need to make the most of each skill used. 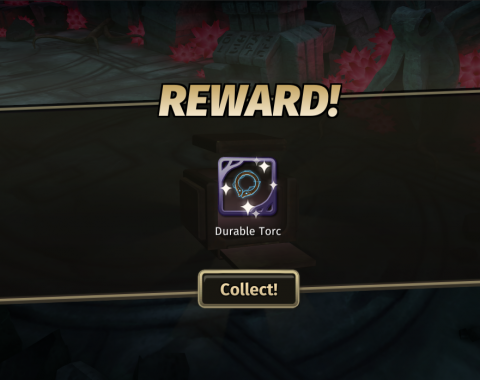 Dungeons also feature Lunari not encountered before, including elusive creatures with rare traits or unusually specialized stats. Dungeons are also the only place to find many evo materials, the items necessary to evolve your Solari into new and stronger forms.

Dungeons also feature floor modifiers: unique features that affect all fights on a given floor. You’ll see floors that frequently poison everyone in battle, floors that grant regeneration to those in battle, and as you progress through the game, many more insidious ways to empower or restrain participants in combat (and by doing so, change up your normal play patterns in interesting ways). 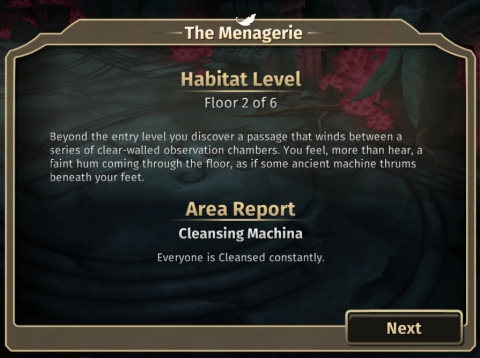 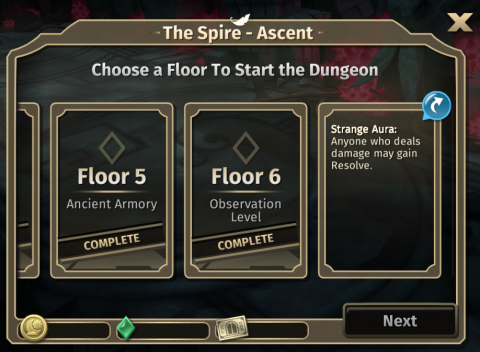 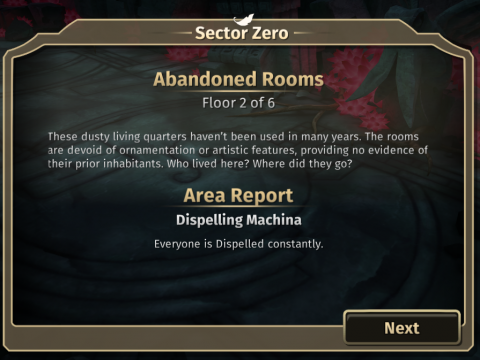 We knew from the start that we needed primo “longform” combat that gave you something challenging and rewarding to do during longer sessions. Something more for the couch than for the bus. Dungeons serve that purpose for Moonrise.

Originally, dungeons were much grindier. You’d start from the first floor and play continuously straight to the final floor, occasionally unlocking checkpoints along the way. Bonus loot was earned for having run through more contiguous floors in one run, effectively incentivizing the player to start at earlier levels. Once we realized that dungeons should escalate in difficulty with each floor (this wasn’t originally true), it became clear that the current design was flawed, incentivizing players to do boring stuff in order to get good rewards.

With that in mind, we effectively made every floor a “checkpoint” and moved towards the current design: Each floor unlocks the next and is a self-contained challenge with loot and rewards. This simplification meant that dungeons, while still fun in long sessions, could also be broken down into floors, which can generally be completed in 5-10 minutes.

Most importantly, this meant that “entering a dungeon” was no longer a big commitment that locked you out from the rest of the game. Once we felt the difference to the overall experience from that change, we knew we had made the right call.

All things considered, dungeons are the place to be if you’re looking for something more challenging. They’re built to be a higher-test kind of fun, and to reward you for your hard-won victory. That doesn’t mean you can’t squeeze in a round between classes, but it does mean that you’ll have challenges worthy of your attention waiting for you when the day is done.

That’s all for this week. Stay tuned for our next article, a piece on Solari Draft by none other than Design Director Richard Foge.