END_OF_DOCUMENT_TOKEN_TO_BE_REPLACED

Hello! This is Brian Giaime, System Designer on Moonrise. Today we’re going to nerd out about dungeons: challenging, high-stakes combat endeavors that stand between players and sweet, sweet loot.

END_OF_DOCUMENT_TOKEN_TO_BE_REPLACED

Hello again, folks, this is Ian Adams, Content Designer and Writer on Moonrise. I’ve already introduced myself in a previous article, so today I’ll just give you a fun fact: I can say “toy boat” ten or more times in a row, quickly. I can do any other tongue twister as well, but that’s the one I’m proudest of. I challenge all of you to do it even four times. If you can, maybe Sanya will give you a prize. I don’t know, I didn’t ask her about this.* 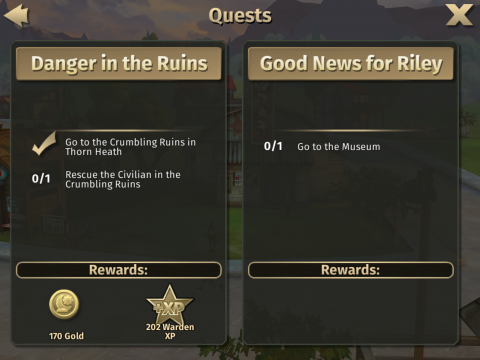 When discussing story, we’ve mentioned “quests” off-handedly a few times, but we haven’t really gone into detail on what that means. By the time this article is over, we will no longer live in a universe where that is true. We’ll talk about quests, what they have to do with story, how we make them, what our goals are and other things that I’m going to leave out of this list. To find out what they are, keep reading!