We are super excited to unveil the name and logo of our second expansion pack. It’s called “State of Decay: Lifeline.” Judging from the chatter on Twitter and Facebook, this may be relevant to your interests, as the saying goes.

No, there is no final release date. We are just now digging into the internal playtest process (which is how our favorite players on Steam found out about the title a couple of days ago – with PC testing, we are playing using Steam, so we can experience it the way you do). We’re not yet ready to discuss features or make promises. All we can tell you is that it will offer you a new way to play your favorite survival game, that we intend to launch on PC and the Xbox 360 at the same time, and that yes, it will broaden your horizons by a few kilometers.

We’re hard at work, though, and we’re close to having everything nailed down. Look for Geoffrey’s design article before the end of the month. Meanwhile, check out Lifeline’s snazzy new logo: 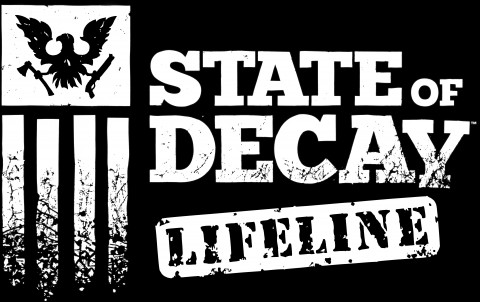 If you love the idea of a new map, be sure to let us know in the comment thread!