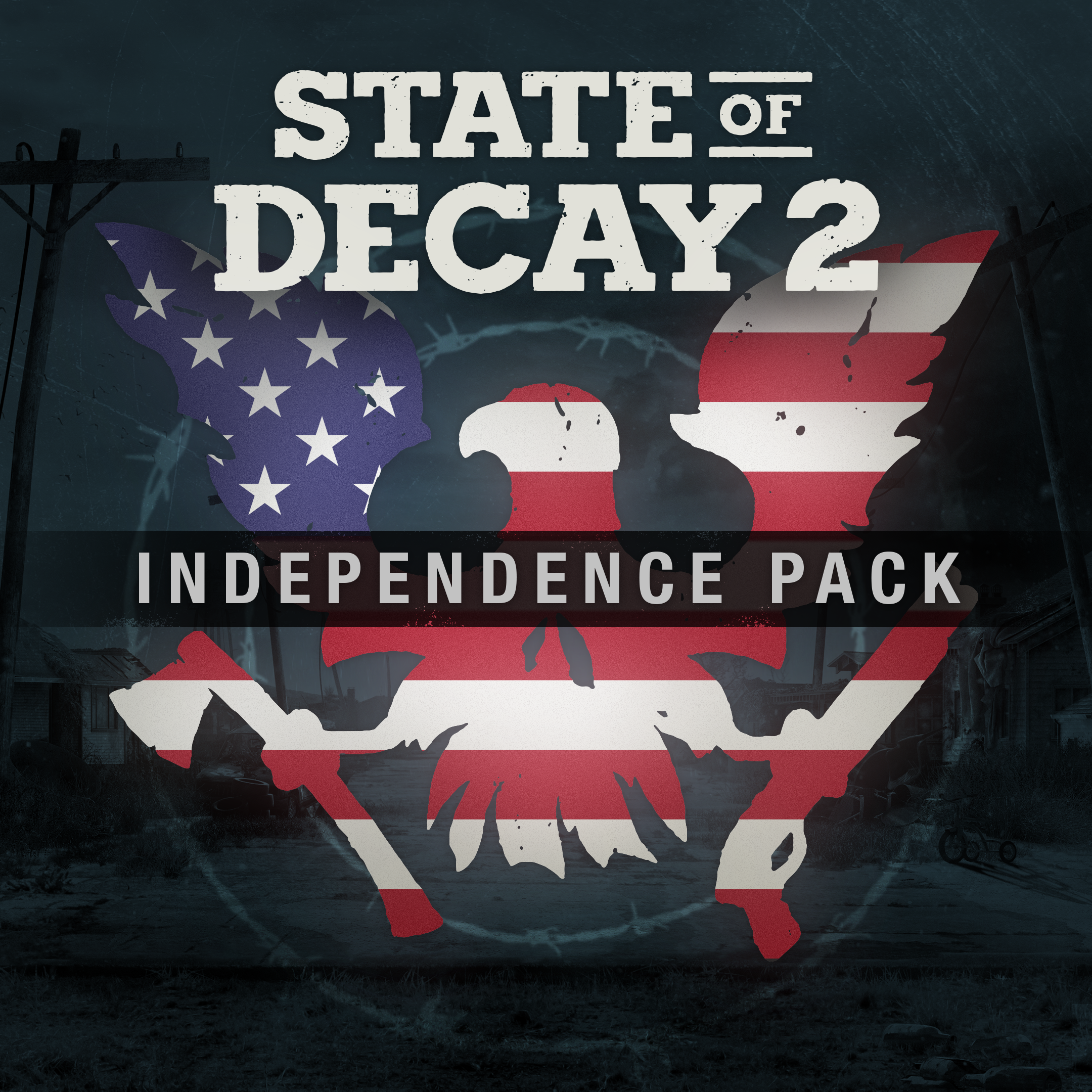 Q. What was the process for deciding what went into the Independence Pack? Did you already have an idea of what you wanted to make?

Gronk: It was pretty organic. A lot of it came from trying to find new ways to use our built-in grenade and explosive systems. That plus a touch of pyromania, and some legit respect for fireworks hackers the world around.
Brian: As Gronk said, this was an organic process. We sort of said “What’s a bunch of cool firework-y stuff we can make with our explosive/noisemaker system?” and then brainstormed a collection of items that would let players manipulate zombie AI and set them on fire in new and exciting ways.

Q.  Is there a story or moment from development that you can share? 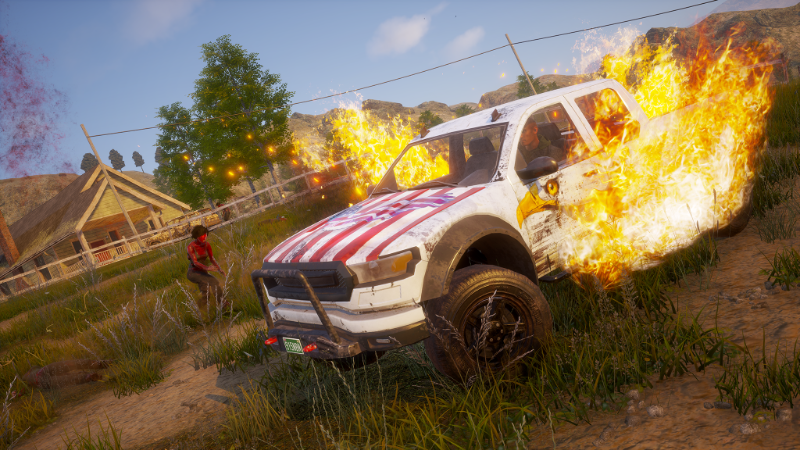 und and round before we settled on a list. A lot of initial ones are limited by what’s actually available to record audio from, for example. The cars for the Independence Day Pack all came straight from the brain of our Art Director, Doug Williams, who’s been hoping we’d get a chance to do some more fun stuff with cars for a long time. My favorite thing to work on was probably the Starshanker. It was a mix of tech and art challenges, but came together fast and is just a riot to use. Everyone here has a lot of individual contributions — we’re all putting in a lot of things directly all the time, so it’s hard to settle on a single team favorite I’d bet.
Brian: There was a fun issue where hitting the Juggernaut with the Starshank Launcher would bury the round so deep in his gut that you wouldn’t see it, since, in a very real way, he has no bones there, and the Starshank rounds attach to bones. The solution? It bounces! You have to hit him in the head or an extremity to sink the Starshank round into him, which both helped the weapon be relatively better balanced against him, and also leads to some hilarious OH SHIT moments. A win for everyone. 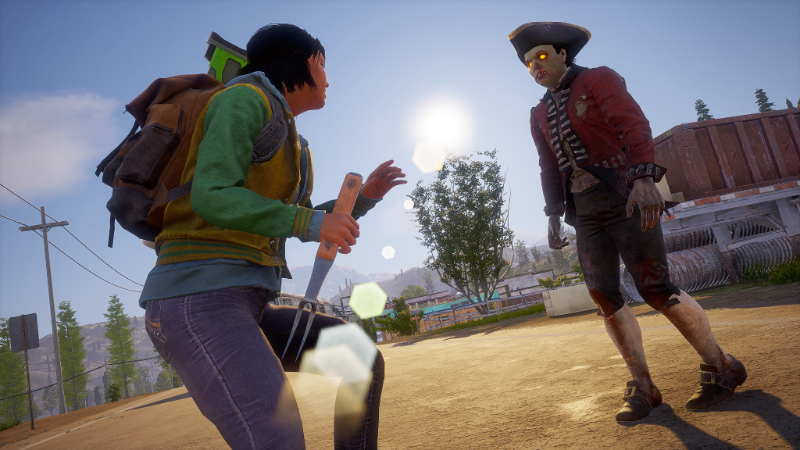 Q. If the zombie apocalypse happened on the 4th of July, which weapon from the Independence Pack would you wish you had? (and you can only pick one!)

Gronk:  I’d go for the Block Rocker. The other bits are fun, but that guy will pull every Zed in the area into a single spot.. Making taking them out easy as apple pie.
Brian: Probably the Starshank Launcher! Its unique combination of abilities let it both distract zombies towards a distant point, AND blow a bunch of them up.

Q. The State of Decay franchise is rooted in Americana. How did this factor into your goals?

Gronk: Lots of games do 4th of July bundles, I think people everywhere just love fireworks. The Faded Americana theme just makes it that much more perfect for us. 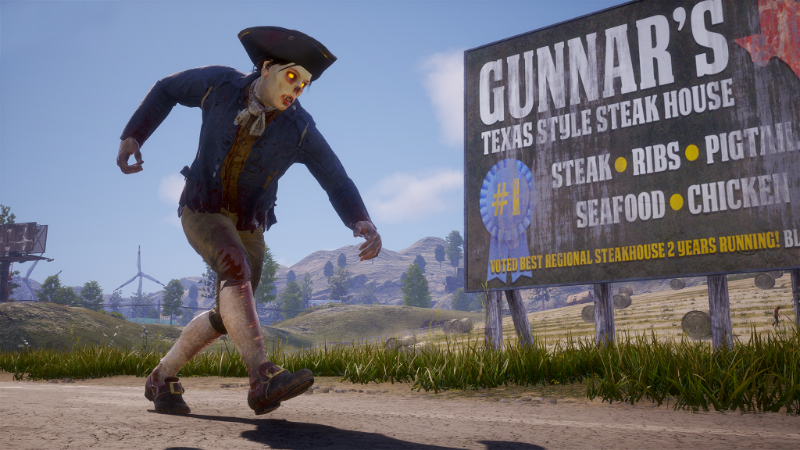 Brian: There’s definitely a part of me that had cheesy 4th-of-July car commercial soundtracks playing in my head as we talked about how this stuff would work and how we’d describe it to people. All of the content in this pack is best described as “irresponsible”, but hey, in a world where the zombies are law, who else is going to stop you from setting off multiple bricks of M80’s on your lawn? There’s already a strong undercurrent of backyard-craftsmanship in State of Decay 2; the Salvage furnace facility mod, for example, was inspired by some YouTube videos of backyard blacksmiths pouring refractory cement into garbage cans to make forges, and the Generator facility was based on a video we found of somebody who bolted an old 3 cylinder engine to a pallet and hooked up a half-dozen alternators to make a “generator”. You know what? It works! It’s believable! It’s exactly what you build when you build a Generator facility. Building on this undercurrent for 4th of July themed content got us some very improvised looking firework launchers and cleverly gamified incendiaries that we think people will have as much fun using as we did making them.

Need this in your life? You’re darn right you do, you fireworks-loving pyro. It’s available here, for $4.99, or ready for download if you purchased the Ultimate Edition.

On our developer livestream on Thursday (to celebrate the release of the Independence Pack, normal streaming times are Wednesdays at 1pm PT if you want to join us!), designer Brian Giaime plays through all the showy, explosivey, fireworky goodness with host and fellow designer, Geoffrey Card. If you missed it, you can still catch the archive: