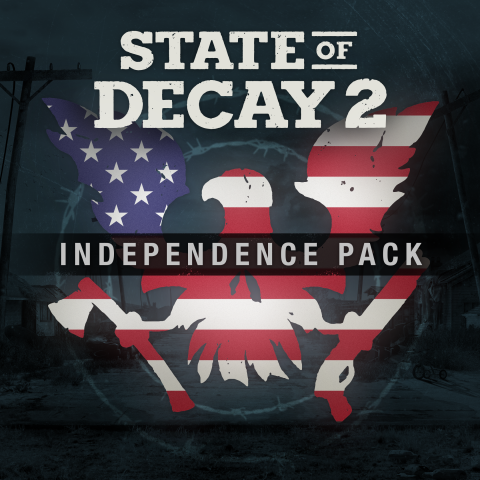 Declare your independence from tyrannical zombie hordes with this exciting array of fiery, flashy new toys for your State of Decay 2 community! The Independence Pack offers three new vehicles perfect for running down zombies on the highway, including the Pyrohawk (a hatchback that shoots off fireworks at any zombies trying to get in), the Burninator (a truck with side-mounted flamethrowers), and the Meatwagon (a cargo van that drops zombie-luring chunks of red meat in its wake).

You’ll also receive access to a supply drop containing three new patriotic melee weapons (the Freedom Ringer, the Grillmeister, and the close-combat BBQ Fork), two unique new ranged weapons (the Pyro Launcher and the Starshank Launcher) that allow you to deploy gratuitous quantities of fiery ammunition , and piles of single-use fireworks (including the Block Rocker, the Reign o’ Fire, the Bouncing Boris, and the XL Firework Shell) for causing general havoc.

In the event you need still more boom, you can use the new Fireworks Crafting Station facility mod to churn out additional fireworks or ammunition for your fancy new firework launchers, or visit a new wandering trader who’ll sell you the explosive goodies you’re looking for.

Tune in today, Thursday, 1pm PT on Mixer and Twitch for a developer livestream showing off all the Independence Pack content in action. 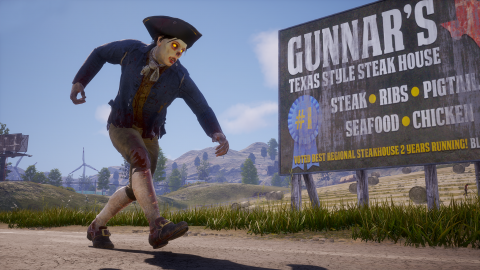 Enjoy all the new content, survivors and patriots! We can’t wait to see you light up the zombiefied night sky with your own custom fireworks show. This 4th of July, grab that Starshank Launcher and let ’em know how you will survive!