We’ve got a bitchin’ group of streamers and Let’s Play-ers that support Undead Labs (nearly three years after the original launch!) by streaming and posting videos of State of Decay. We want to say thanks by having a contest just for you. 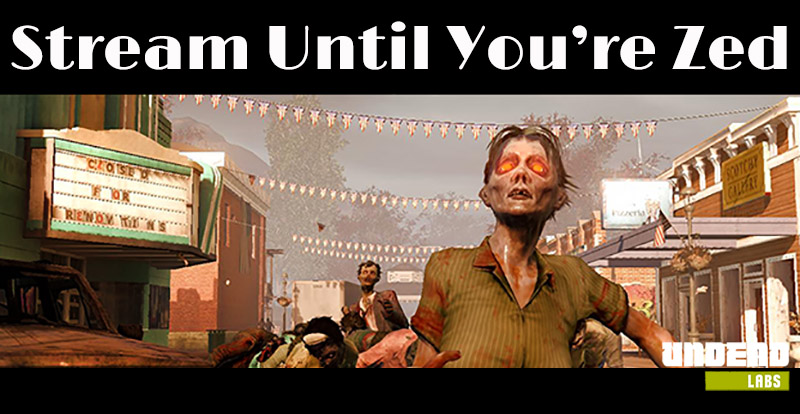 You have between tomorrow, April 16, 2016 and May 15, 2016 (11:59 PM PDT) to do a  State of Decay stream (either Twitch or YouTube, your choice). You can choose whether to play in the original game, or either of the DLC territories. You can even choose which character. Here’s the catch: You must play with one character, one melee weapon, and one gun. No logging out, no resting overnight, no switching between characters during your session, no backup weapons. And once your character dies, that’s it. Game over.

Once your beloved character is dead, post the link to that video with your email address and the length of your stream to this form: http://goo.gl/forms/QOQhrPfZuP

The streamer whose character stayed alive the longest in a single play session will win the prize.

Note: You can end your video even if you haven’t died – no need to pull an all-nighter for the contest!  We’re keeping the form open for editing. If you beat your own time, just change the link on the form.  We’re only accepting one winning entry per player, so make it count!

What is the prize, anyway?

You’re streamers, and we want to give you something that you could really use. So, we’re giving the grand prize winner a Logitech G633 Gaming Headset + Logitech HD Pro Webcam C920.

The grand prize can only be mailed to eligible residents of the USA (the fine print can be found here), so if you live somewhere else, you can still play, but you’ll work out a thank you gift with us privately.

The runner up will receive their pick from the prize closet.

No matter how long you last, send us a link on twitter (@undeadlabs) and we’ll pimp out your streams.

Join the discussion, and suggest tips/tricks/possible characters, on our forums!