And just like that, we’re back to it being Thursday — a full week since we made our set of big announcements. Time flies when you’re having fun! As promised, I’ve scouted around the web and put together a brand new Big List of Questions. Since this batch was so big, I decided split it into two parts.

Today, we’ll be covering general questions about Class3 and design. Read on to get all of the meaty details.

Stephane LAbbe asks in an article comment: “I’ve read that guns making noise will affect gameplay. Is this true?”

Zombie canon proves that the undead are attracted to noise and movement, and we’re not about to mess with that expectation. Each round fired is going to make a LOT of noise, so you can expect to attract all sorts of unwanted attention when you choose to use a firearm.

We want you to think about to how you engage enemies based on your personal strategy and the moment-to-moment situations you find yourself in. Are you up to your neck in a tightly-packed pile of zombies? You may want to risk gunfire to quickly drop as many of them as you can. Or are you in a heavily-infested area where it may make more sense to pull out a melee weapon and silently take out smaller groups, guerrilla-style? It’s up to you, but if you make the wrong choice…well, you may just need to get out of there and reevaluate your decision.

As we’ve mentioned before, the focus of game is on survival — not simply standing in one spot farming zombies. You may be able to hold your own for a while, but you’re still one person. And there are a WHOLE lot more of them…

James Westwood asks in an article comment: “I noticed the reference to ‘screamers’ in a recent article. Does this mean that zombies will have different ‘classes’?”

Just like we intend to have both fast and slow zombies, it’s likely that we’ll have other recognizable variants too. A screamer is just what it sounds like: a zombie who is likely to make loud noises that will attract other zombies.

Introducing a variety of different zombies will allow us to create interesting combat situations. In the case of our friend the screamer, if you see one of those guys in a group, you’d better take them out first, or you’ll find yourself in a bad spot pretty quickly.

For those of you concerned about zombies with jetpacks or laser-beam eyes or other crazy stuff like that, know that the guys here have a pretty grounded view of what zombies are. We’ll push our own boundaries a bit if it will make the game more fun, but we don’t think you can take any random monster, slap a rotting flesh texture on it and call it a zombie. Any special types we have will still feel like zombies.

KALLUM666 asks in an article comment: “Are you making it so the only way to kill a zombie is to shoot it in the head?”

While headshots and decapitation (remove the head…destroy the brain) are the surest way to drop any zed, there will probably be some other…creative…ways to get the job done, too. I’d imagine that blowing a zombie up or cutting them into pieces may also be good ways to put a damper on their obsession for eating brains. 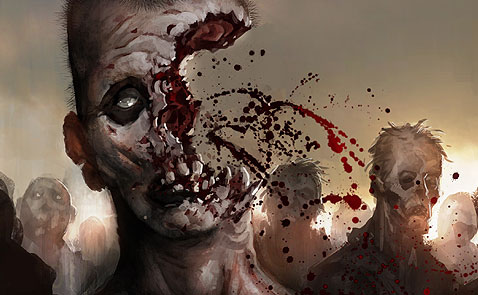 HybridPara from Joystiq asks: “If it has a big ol’ open world, will Class3 have multiplayer co-op?”

(Note from the future: As of mid-2012, we have to step back from this. Class3 will not have co-op mode at launch. The explanation is part of the Q&A here.)

Allowing you to play with other people is definitely something we’re going to support! There’s nothing more fun than sitting around, geeking out with your friends about how you’d survive if you woke up one morning and realized that the the people stumbling around outside weren’t just looking for coffee.

Our goal is to take that conversation and actually let you play it out in our world. As Jeff mentions in his Rude Q&A, we plan for Class3 to allow 1-2 people to play together over Xbox LIVE or together on the same screen.
Of course, Class4 will allow for thousands of players to run around simultaneously in a much larger server-hosted world.

Mephster from MMOZed asks: “Why not put the concept art into the game just like Borderlands does?”

To get a good answer for this question, I went and chatted with our art director, Doug Williams. Here’s what he had to say:

I love Borderlands, from the great cover all the way down to their ground tiles — it’s polished, cohesive, and has a great style that works really well for their world. 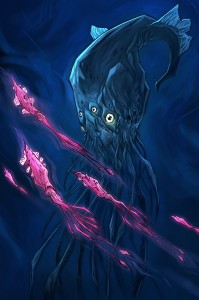 Initially, I had a hard time choosing what I wanted Class3 to look like. At the time, I was making a lot of art that had sharp angles and an almost cartoony look (like the image to the right), and almost made a push for this style. Ultimately though, I realized that I never envisioned this game looking like that, and it seemed more like I was trying to be different rather than follow what my heart was telling me.

I’m hoping to capture a Roger Deakins look to our world, with characters that are fairly realistic, but sit just outside of the uncanny valley. They can view it from their house, but hopefully they don’t enter it. I think that in the end, this will make for a really immersive world for players. If it feels like home, it’s easier to imagine it being home, and that makes it all the more unsettling.

Erik asks in an article comment: “Some zombie games are focused on fun rather than the scare of the zombie apocalypse. Is your game going to be scary?”

It’s too soon to give details about the story of the world, but it’s safe to say that we don’t intend for the game to be overly comical. It’s about survival, and trying to stay alive when an overwhelming number of reanimated dead people are trying to kill you and eat your meaty parts [not necessarily in that order] is more scary than silly.

This isn’t to say that we won’t add any humor to the world, though. If you carefully check out Doug’s concepts, you’ll often spot fun references in signs and location names (these aren’t final, but they give you the idea that we’re not a bunch of stiffs over here). Also, humanity probably wouldn’t be able to survive long under constant, extreme stress if there wasn’t some form of respite in the world. Even if it’s subtle, humor can make Really Bad Shit seem more bearable.

Kat asks in an article comment: “Will we be seeing female characters? Ones who…er…for lack of better words [will] be dressed for a zombie apocalypse?”

ABSOLUTELY! Just like men, there will be plenty of ladies fighting for their lives out there, too. While it’s a little early to go into detail about characters, know without a doubt that we believe that women are equally as capable as men in our post-apocalyptic world. You’re probably not going to see a bunch of unarmed, bikini-clad chicks prancing around, but you will see ones with bad-ass boots and rifles knocking zombie heads off of zombie shoulders.

Dan asks in an article comment: “Will [Class3] be an open sandbox landscape like Fallout 3? Or will it be more of a linear path of cooperative play from safe haven to safe haven a la Left 4 Dead?”

Class3 plays like a sandbox game. We don’t lock you into an area and tell you where to go and what to do. When we use the term “open world game” we are talking about freedom of decision making and goal setting. We’re talking about NOT being strictly channeled through the world or being forced down a linear path. There will be Big Things going on in the world — even an unfolding story — but it will always be up to you to choose what you want to do and when and how you want to do it.

Many readers ask: “Will the game be in first or third person?”

The game will be in third person. This was a big decision for us and not something we chose lightly. Both first and third perspectives definitely have their strengths and weaknesses. Ultimately, for us, we wanted to pick the right perspective for not just shooting but also melee combat and world interaction. There is a nice sense of panic you can get being surrounded by zombies in 1st-person perspective, but 3rd-person is better for making those moments playable.

There will be plenty of shooting in the game (and we’ve put a lot of work into making tuning our 3rd-person shooting to feel awesome). Melee combat and stealth are also huge elements of the game, and 3rd-person was the right choice for them.

Creating a great 1st-person or 3rd-person experience is about more than just the camera position. There are a lot of touches and design choices that go into doing things right so that they’re awesome — not just functional. Are there some games that can support both? Sure. Are there many games that are better off as one or the other? Yes, and ours is included. 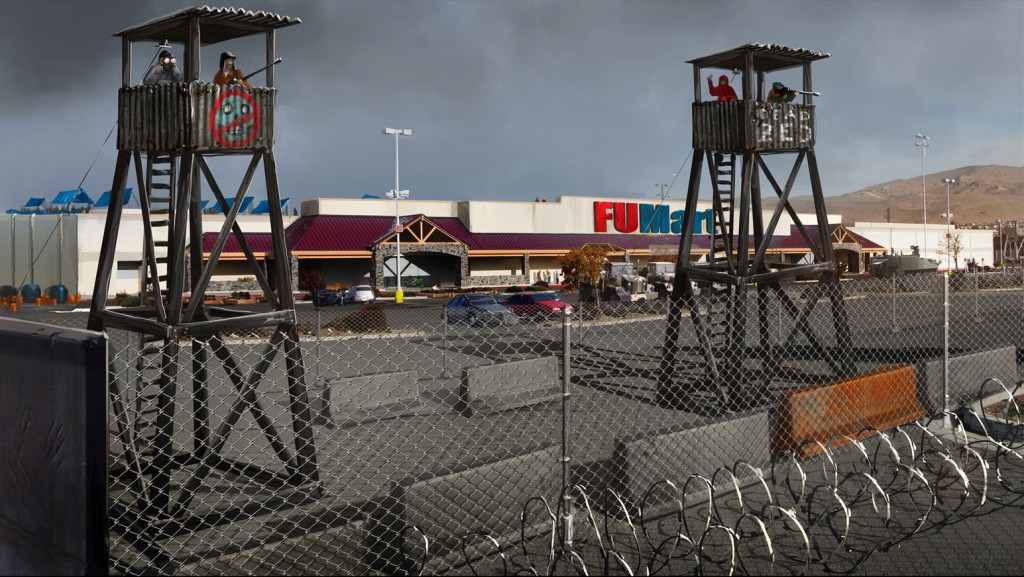 Many of you have asked: “How do I get one of those sweet custom pictures next to my name when I comment on your site?”

As you’ve probably noticed, when you comment on any of our articles, your post has an avatar next to it. By default, this is a brain in a jar. While brains in jars ARE pretty awesome, getting a customized pic in there is even cooler. Here’s how you do it:

Our site uses a universal avatar service called Gravatar. To set up your own Gravatar, head over to their site and click the “get your Gravatar today” button. Enter the same email address you use to post on our site, and follow the steps from there.

Once you’re all set up, every time you post a comment, your custom avatar will show up next to your name.

That’s a wrap…for now! Keep an eye on the site tomorrow for our follow-up Q&A, which will focus on Class4 questions and more design details. Also remember to follow us on Facebook and Twitterfor the most up-to-date news alerts!