In his introduction last week, Foge talked about our ambitions for this project as an action game. The kind of immediate, responsive, action-oriented gameplay he described is one of the core design pillars guiding us. Judging from the response, I think that post gave many of you a much clearer picture of the kind of moment-to-moment gameplay we hope to achieve.

But for some of you, it also raised some questions. Does this mean we’re making an action game with some thin veneer of multiplayer connectivity?

We’re talking about a true persistent-world game. There’s just no way to fake that. There’s nothing quite like exploring an expansive persistent world that has a player population to match. A world full of friends and strangers. A world full of moments that you can’t experience any other way — like when you save the life of a perfect stranger and know it was a real person, not some NPC in some canned sequence everyone sees eventually. When that same person returns the favor and you get to talking. When you and a few other players decide to organize yourselves and become a force in the world and start gaining notoriety with other real human beings. When you and your friends get together and decide to stage an event or contest or celebration that the game developers never planned. Or when you discover that your sense of humor or your command of Zombieland quotes actually matters. When you become famous for your actions and see people reacting to your reputation. Not just the one the game tracks, but the one you’ve actually developed.

Suddenly, everything you do takes on new meaning, because it’s affecting other real human beings. 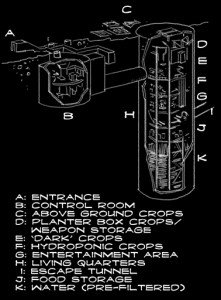 There’s a reason that people spend so much time in persistent world games. Some of it has to do with the gameplay, but a lot of it is just the other people. We are social creatures by nature, and a persistent world gives us the opportunity to exercise our social side (or even not-so-social side) in a real way. Lone wolf. Jokester. Achiever. Group leader. Explorer. Guide for noobs… How you play and who you are is up to you, and it’s a choice you get to make again every day.

But there’s often a disappointing side to the persistent world: Overall, the world is static, and players have no real impact on it. It’s a big theme park full of predefined rides for you to try out in a particular order.

That’s not for us. We believe a persistent world should be living, dynamic, and evolving. We believe your decisions should affect the state of the world and the state of the world should matter to you. We believe you should get to be the hero; not because you were able grind your way to some artificial achievement that everyone else will eventually grind for too, but instead because you achieved something unique and heroic — something that people actually care about because it has an impact on the world.

Sound ambitious? Maybe a little crazy? Well, it’s ambitious, but it’s hardly crazy. There are already persistent-world games that have started to push the boundaries, giving players more control over the world. It’s not the standard, cookie-cutter model, but on some level, it’s been proven to work. The common thread in persistent worlds where players have a real impact is the ability –- and the need -– to build. The more you have room to be the source of order in a chaotic world, the easier it is to let you have an actual impact. If the world has all these huge, existing kingdoms, then designers need to constrain your actions a little more to ensure you don’t change the nature of the world. If the world is defined by unclaimed territory and chaos, it’s really easy to give you free rein and let you define how the world takes shape with your choices and your actions.

Which brings me to the zombie apocalypse. It’s in vogue right now to slap zombies into just about everything. And that’s fine, but make no mistake: that’s not why our game is about zombie survival. Survival is the heart of the game we envision. It’s not just a cool mechanic or setting; it’s about making an amazing persistent world. 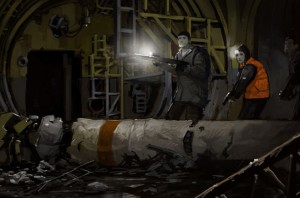 Where will you sleep? How will you feed yourself? Will you go it alone or will you team up with others? These are real decisions you get to make and of course they all have consequences for you. But that’s not all. These decisions have consequences for the world. Is the local school your stronghold? Is it controlled by a group of human raiders? Or is it still overrun by the zombie masses who were once human refugees? Have you secured a supply of gasoline? Are you generating bio-diesel? Are you hoarding fuel or sharing it or trading food for it? Is there enough electricity for emergencies? None at all? Do you dare try to reactivate a nuclear power plant? Are you farming or scavenging for food? How much have players collectively researched and figured out about the nature and cause of the zombie plague? Have you and your friends developed a hydroponic farm? Will you share that technology? Where are the safe zones, danger areas, supply lines and trade routes? You bring order to the chaos. Your actions shape the world.

This is why we’re so excited. Bringing together amazing moment-to-moment action with a living, dynamic, evolving persistent world… how could we not be? And that’s why I’m writing about it now. Honestly, I couldn’t tell you if it makes sense for us to talk about our game so much at this stage. It’s not a calculated PR strategy to stir up controversy or manufacture hype. We’ve brought together a team of veteran developers — gamers who love the vision for this game — and we’re pouring every bit of experience and passion we have into creating it.

And there’s no way to fake that, either. 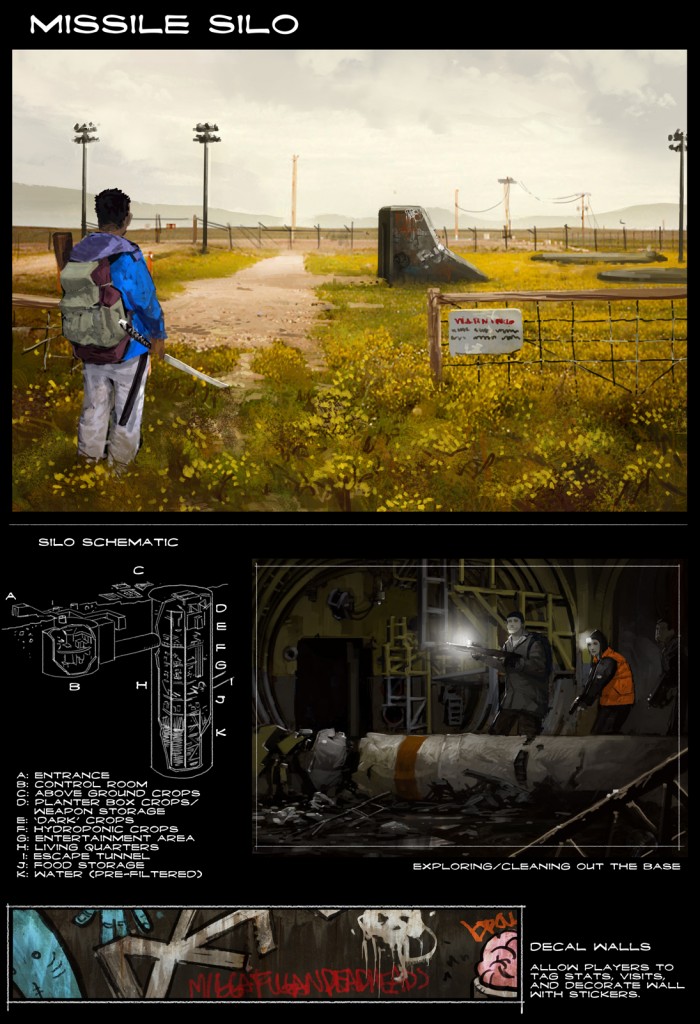