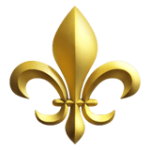 Today we are excited to announce that the Undead Labs Studio Head and Founder, Jeff Strain, is launching an exciting new initiative. As anyone who has played State of Decay knows, big ideas don’t always come from the biggest cities or the flashiest neighborhoods. Sometimes the heroes come from places like Marshall or Spencer’s Mill. That’s why game development needs a bigger base, where the know-how, grit, and ideas of even more people can find their way to the public. As a small town guy himself, Jeff is dedicated to opening a new studio and a partnered broad-discipline game development academy in New Orleans, Louisiana. With the support of Xbox and Microsoft, Jeff’s going to continue in his role as studio head at Undead Labs while also building opportunities to bring in people who might not otherwise consider a career in the game industry. Maybe even someone with the vision for the next State of Decay is out there just waiting for the right opportunity! That’s all we can say for now, but we’ll share more information as soon as we can.