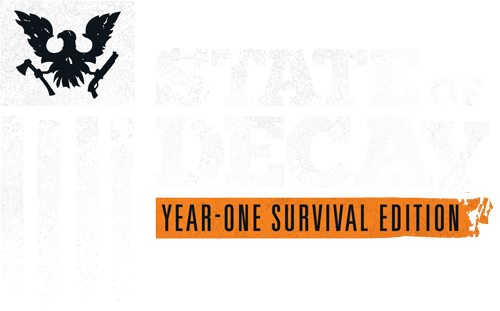 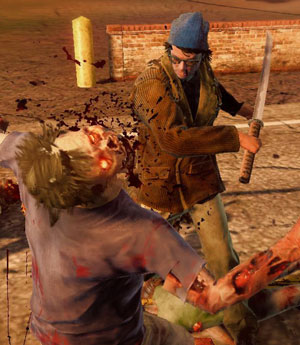 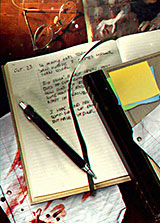 (From the private journal of Ernest Pritchard)

I’m a planner. Always been a planner. My dad used to make fun of me for it. “Boy, as a baby you’d have planned out taking a shit if I didn’t spike your sippy cup with laxative.” Well, that was hilarious. I didn’t feel inclined to plan for him after a lifetime of similar bon mots, so he laughed himself into a second rate assisted living facility, and I’m sure he’s the funniest guy on the fourth floor of a building that doesn’t even have a fire escape.

END_OF_DOCUMENT_TOKEN_TO_BE_REPLACED

Librarian’s Note:  We put a community board up outside the Library shortly after everything happened, and it’s been a great place to leave notes.

The following are the most current notices on the board.   I’m  thinking of taking one of the found dogs. We could use an extra alarm system in the Library.

END_OF_DOCUMENT_TOKEN_TO_BE_REPLACED

You can get to it via our navigation bar, or by this link: http://www.stateofdecayshop.com

To celebrate the grand opening, click the link and take a look at the Phase One offerings…and then head to the discussion thread on our forum, and tell us what you’d like to see in Phase Two. On Monday, I’ll randomly pick one of the thread participants to win of the gear prototypes we’ll be showing off today in the celebration stream.

Want more chances to win? Head over to us on Twitter @undeadlabs, or to our Facebook page, where we’ve got versions of the same Phase 2 contest going.

END_OF_DOCUMENT_TOKEN_TO_BE_REPLACED 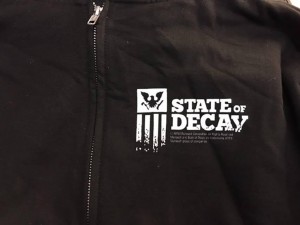 Okay, if you guessed the mysterious addition to the nav bar on our website was going to be “a store,” you’re awesome. Or sentient. Or both! Anyway, I’m delighted to announce that tomorrow is the grand opening of the long-requested State of Decay gear store, courtesy of our publisher. As announced, we will be live streaming tomorrow from the Lab as guests of the Microsoft Studios Twitch channel at (EDIT) 2:30 PM PDT/5:30 PM EDT/10:30 PM UTC. We’re just going to hang out, play the game, and take a look at some of the working samples the people doing the store sent for us to approve.

END_OF_DOCUMENT_TOKEN_TO_BE_REPLACED

Journal page of Rebecca White – dropped off at the library community board the day before March 17th.

Librarian’s note: Rebecca is at best socially awkward and at worst a walking, talking bag of WTF. She tends to keep to herself.When she does make the effort to get involved with others, she tends to go overboard with a big splash. Bless her heart. She’s got that heart in the right place, but her execution could use a little work.