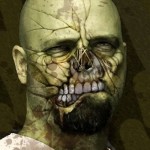 “It’s not enough to love the studio, your coworkers, and the game you’re making. You have to love what you’re doing, too.”

I was sitting at a small cafe table in Occidental Park, watching the zombies that inhabit this part of Seattle, and talking to Brant about his role on the team.

I met Brant Fitzgerald back in 2003 after his studio, Beep Industries, closed its doors following the release of an Xbox platformer which impressed critics but failed to bring in the big bucks. I was recruiting 3D artists for ArenaNet at the time, and had been tipped off that some high-caliber artists would soon be looking for a new gig. Brant had a ton of experience as a 3D modeler and effects artist, but I was most struck by his passion for gaming and his no-nonsense approach to art production. In short, I knew I could count on him to GSD.

END_OF_DOCUMENT_TOKEN_TO_BE_REPLACED 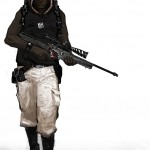 I love the idea of MMOs. The idea of playing in a massive, persistent world with my best friends and folks from all over the world is incredibly appealing. Current MMOs offer the world, and tons of players, but I’m an action gamer and that’s just not what MMOs are right now.

I’ve been dreaming about what an MMO could be since I was a n00b designer. In my mind I always pictured piling into a car with my friends and tearing off into a massive world. They would lean out of the car, shooting and swinging bats.

END_OF_DOCUMENT_TOKEN_TO_BE_REPLACED 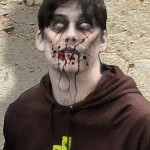 Today I have the pleasure of introducing the second pillar of our world-class design team: Richard Foge.

But nobody calls him “Richard” except perhaps his mother. To his friends and colleagues at the lab he is simply “Foge.” Rhymes with “hoagie.”

END_OF_DOCUMENT_TOKEN_TO_BE_REPLACED

I think it was second grade, but it might have been first. We had to stand in front of the class and talk about what we wanted to be when we grew up. I wanted to be an artist. I had to do my report over. Art wasn’t a career I was told. Art was a hobby. Artists didn’t draw robots and spaceships, they painted landscapes. I went home devastated.

I don’t remember exactly how it happened; whether my Dad swung by the bookstore on the way home after talking to my Mom, or if it was the next day, but I distinctly remember him giving me The Art of the Empire Strikes Back while my Mom stood in my bedroom doorway. I redid my report…sort of. The paper was exactly the same, but now had the word “concept” in front of the word “artist.”

I would be a “concept artist.”

END_OF_DOCUMENT_TOKEN_TO_BE_REPLACED 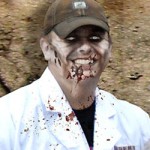 I’ve been waiting for this moment for almost a year.

Back in November 2009 I officially incorporated Undead Labs and announced our intention to build the world’s first (and by default, best) zombie-survival MMO for game consoles. My first thought after the website went live was that I should invite George Romero, Max Brooks, and Robert Kirkman over to my place for a weekend of zombie video gaming, movie watching, and poetry recitation. My next thought, after shaking that little fantasy, was that I wanted Doug Williams to be the art director for this game, and that nobody — and I mean nobody — else would do.