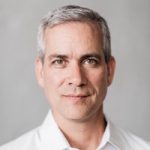 Jeff is going to be talking SOD2 and more over at the XBox Twitch channel TODAY at 11 AM PDT/2 PM EDT/1900 UTC. (Brant will be in the background driving YOSE. See if you can make him break his concentration.) Be sure to tune in for tidbits and a few laughs.