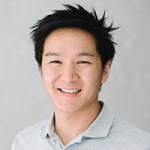 We can’t talk about what we’re doing, so we’re talking about the people doing the work. Today, we meet Mark Young. If it were possible to identify a typical Undead Labs person, it might well be Mark – the thirteenth person to join the company, rendering that forever our lucky number. He’s got rock star talent but a friendly, can-do personality. Check out the story of how he became a programmer. — Sanya

Many many years ago, my older brother discovered an ad in Nintendo Power magazine for DigiPen, an institute for video game programming, and a dream began to form; a dream of making video games for a living. It was 1999, and I would be graduating high school in a year. More importantly, it was the year I gave my parents an ultimatum – I was going to DigiPen in Seattle or I wasn’t going anywhere! I was so convinced, it really was the only school I applied for. I was confident I would be accepted (and fortunately, I was). However, my passion for games began at a much younger age.