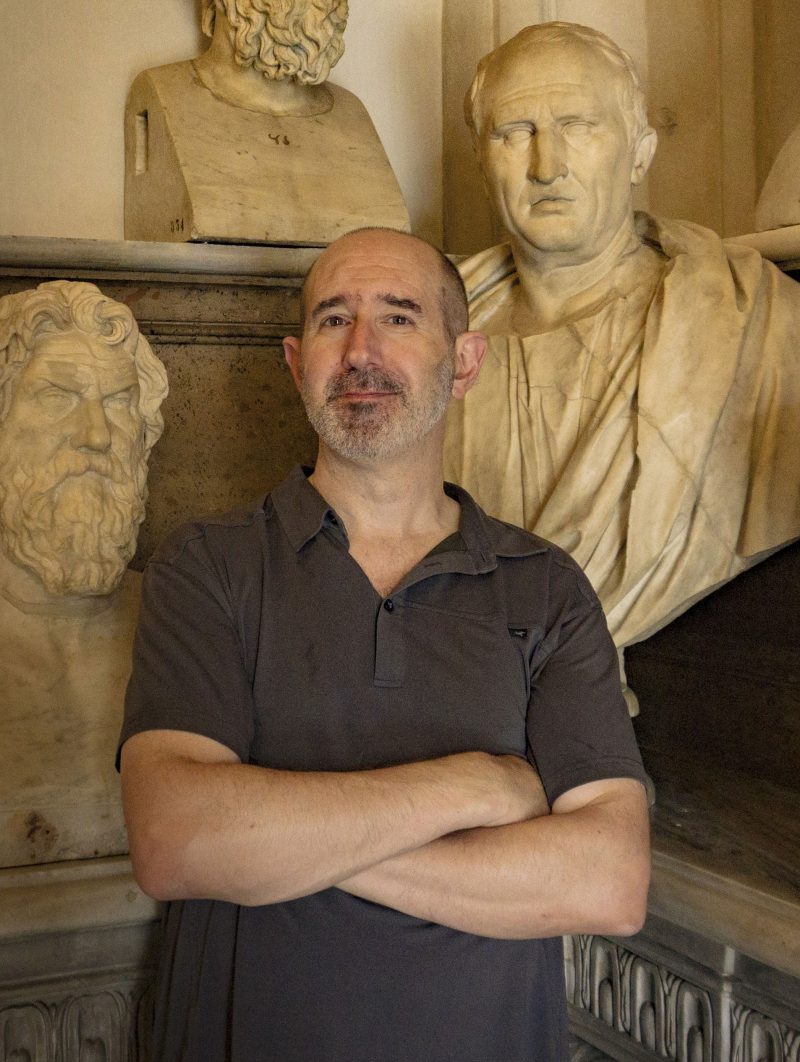 “Technical Art Director” is what it says on my business card, though we’re not a place where titles count for much.

My focus is on helping our content people — artists and designers — bring the game to life in the most efficient and flexible way possible. Sometimes that means providing education and training, sometimes it means writing tools to automate the boring parts of the job.

Technical art also involves solving in-game problems like “how can we show a forest of trees that stretches to the horizon without slowing the Xbox to a crawl?” or “how can we tell a character where to put their hands on a ladder?” One of the most fun parts is doing R&D on new graphics technologies — everything from ray-traced graphics to facial motion capture to simulating erosion in digital landscapes.

Nowadays my job is mostly about leading the technical art department, so I don’t get my hands dirty as often as I’d like. However nobody around here gets to stand on ceremony — over the years at the Lab I’ve done a bunch of production art. For example, I did most of the buildings in downtown Marshall in the first game.

I had a VFX studio business of my own, but I got sick of doing things like animating accident reconstructions for lawsuits, or illustrating how moisture wicks inside a pair of gym socks.

I am actually employee number one; I started a couple of months before we were a studio. I heard through the industry grapevine that Jeff was starting a new project, and I called him up to find out more. I loved the pitch — and Jeff’s idea for what kind of studio he wanted to build. So I signed up more or less on the spot.

Of course, this was before we had and office or any hardware — or paychecks. For a couple of months I came in unpaid and worked on things like the slide deck for the State of Decay game pitch on my Mac Mini. I guess the big achievement of this period is our relationship with Microsoft; I ran the slides during our first pitch meeting in the Starbucks of the Marriott hotel lobby during GDC.

After more than 25 years in games, I actually have two.

First, I’d say Undead Labs does the best job of any place I’ve ever worked at keeping a decent balance between work and real life.

Second, we also try very hard to involve as many of our staff as possible in decision making, instead of orders coming down from on high, we tend to collaborate and talk things through.

For both those reasons I’d say Undead Labs stands out in the games industry, where work/life balance and creative autonomy are both sometimes hard to come by.

I am a dropout from a PhD program in Roman History (I switched to computer graphics after coming in to the department office and finding some older grad students poring over obituaries, because that was how you knew where the job openings would be). Although it’s been a long time, I still keep up a little bit; my Latin is only OK and my Greek is pretty rusty, but I can still give you the first 15 Roman emperors in order off the top of my head.

From everyone at Undead Labs, thank you for your hard work Steve!

Do you have a question for Steve? He would be happy to answer it. Just comment on the Facebook, Twitter or Instagram post this link was on, or join our Discord network (https://discord.gg/AZVkR3v) and send your questions to Undead Megan. Steve will be answering these questions on our live stream, Tuesday, August 13th, from 2-3PM PDT.