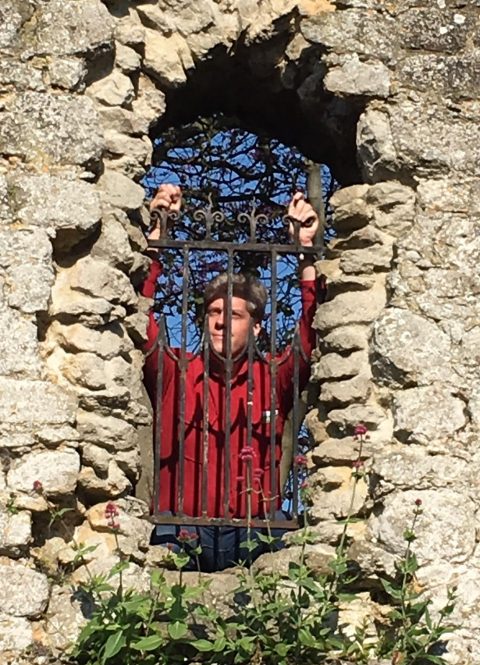 First and foremost, I’m a designer, which means that I contribute to the planning and crafting of the game experiences that players have.

My particular focus is on writing, which includes everything from leading a team of freelance writers in creating the voiceover dialogue spoken by our many characters, to helping the mission designers craft mission arcs and polish non-spoken mission text, to assisting Brian Giaime with names and descriptions for the various weapons, items, and facilities in the game. (I also pitch in with marketing text, UI text, and anything else that has words in it.)

I discovered Dungeons & Dragons when my uncle Ralph gave me the basic boxed set (the old blue-book rules, of course) for my 10th birthday. (It was my mom’s idea.) From the first time we set foot in the Caves of Chaos, I was hooked. By high school, I started realizing that there were actual human beings who had the jobs of writing the adventures I enjoyed so much. That was when I knew what I was going to do with the rest of my life.

Dragons to zombies, how did that happen?

It’s a pretty bizarre combination of events, but it speaks to a core truth of this industry.

I left Wizards of the Coast in the spring of 2010. That same week, a friend introduced me to this guy who was starting up a game studio in Seattle. That guy was Jeff Strain, who generously spent an hour of his time telling a total stranger about his plans for Undead Labs and the game that would eventually become State of Decay. From that conversation I learned two good things and one not-so-good thing. On the plus side, Jeff was a smart, passionate developer with big dreams, and his game idea sounded incredibly exciting. Sadly, I realized that I didn’t really have the skill set they needed for the project at that time. “Ah well,” I thought, “at least I’ll enjoy playing the game when it comes out.”

A couple months later, I was hired by Richard Foge to work on an unannounced MMORPG project for ArenaNet. Foge was another smart, passionate veteran of game development, and even though that project didn’t last long, I departed ArenaNet with no hard feelings toward Foge (who’d left ArenaNet to go work for Undead Labs) or my other co-workers.

Fast-forward to the summer of 2013. I had just finished up a multi-year stint as the lead writer for an action RPG, and I was looking for a new gig. At this point, I was already a diehard fan of the recently-released State of Decay, which I’d been anticipating ever since that conversation with Jeff. On the street outside of PAX, I ran into Foge (who was now Design Director at Undead Labs, reporting directly to Jeff Strain). I asked if he needed any writing help. As I recall, he smiled and said something like, “Y’know, we just might.”

About a month later, Foge hired me as a contractor to help Undead Labs with some world-building for the game that would become Moonrise… and then Geoffrey Card, who was sitting next to me in the studio, asked for help finishing up some dialogue for the second State of Decay expansion… and now all of a sudden five years have passed and I’m still here, and still writing for Jeff and Foge and the rest of the UL team.

The moral of that story: Making a good impression on someone in your industry is always worthwhile. You never know when it might pay off.

You’ve been here quite a while now, what is your favorite part about working at Undead Labs?

One of the studio’s core tenets is, “We’re all adults here.” To me, that means Undead Labs sets a high bar of professionalism and responsibility for all developers… and I welcome that.

There’s not a lot of hand-holding around here: we’re all expected to get our jobs done on time and to spec, while simultaneously treating everyone around us as similarly talented and self-motivated professionals. No matter who gets assigned to support whatever feature I’m working on right now, I can always trust they have the skills and dedication required for the job. That’s an amazing comfort to have when tackling challenging design problems!

At the same time, we all share the responsibility of watching out for the well-being of the game (and of the studio as a whole). It’s not “somebody else’s job” to make sure that our game is good. It’s everybody’s job, and we’re always working to improve our ability to empower every developer with the authority to participate in that discussion. That’s inspiring to me.

I’ve been running one or more D&D campaigns for my friends almost continuously since 1982.

I don’t mean that I’ve been running the SAME campaign the whole time, but I can say that there’s been a more-or-less regularly scheduled D&D game at my house (or dorm, or apartment) for over 35 years.

What’s more, some of the players in the group have been with us for almost the entire run. The median number of years spent in the group is more than 20, and anybody who’s been here less than 10 years is still a “new guy.”

From everyone at Undead Labs, thank you for your hard work Andy! 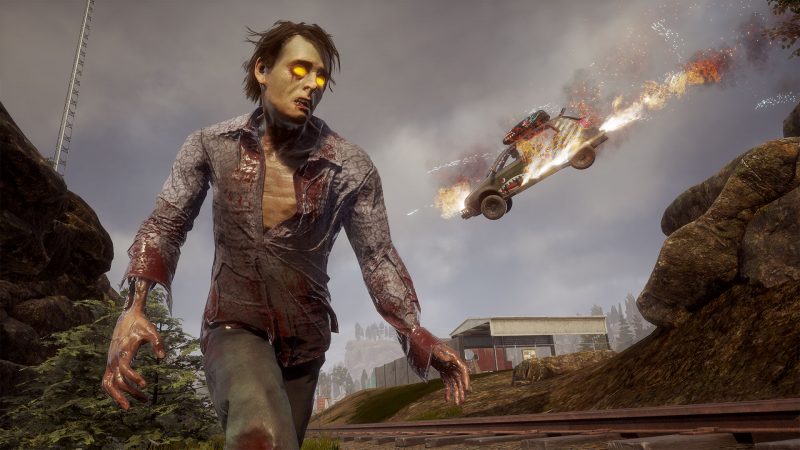