Along with having to contend with the uncanny valley, increased fidelity means an increase in production time. Games are getting more and more detailed, but that detail doesn’t come free. Sculpting individual wrinkles on skin is painstaking and time-consuming.

Photogrammetry is an emerging technology that allows us to generate a 3D model of a real object from a series of photographs. Kinda like 3D scanning, but without the fancy and expensive hardware. So how does this wizardry work? I’m glad you asked.

We begin by having our subject (in this case Mike Estes from our QA department) sit in a chair surrounded by even, neutral-colored lighting. We take a series of photographs of his face from different angles, usually somewhere around 30 to 40 shots.

From there, we feed the photos into our photogrammetry software of choice, Agisoft Photoscan, and mask out the portion of the photographs that do not include the subject.

Then the software analyzes each photo for high contrast reference points.. 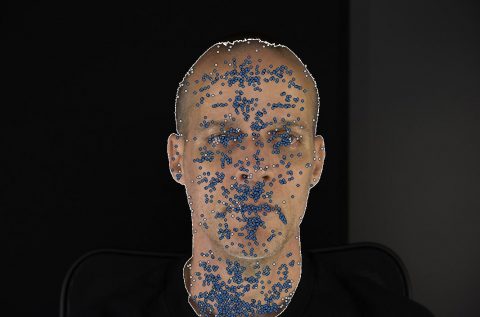 …matches these points in multiple images in order to determine their location in 3D space…. 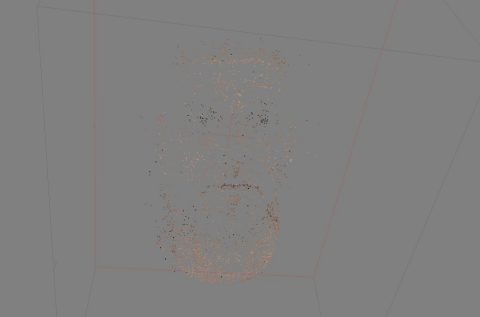 …connects the points to form a surface… 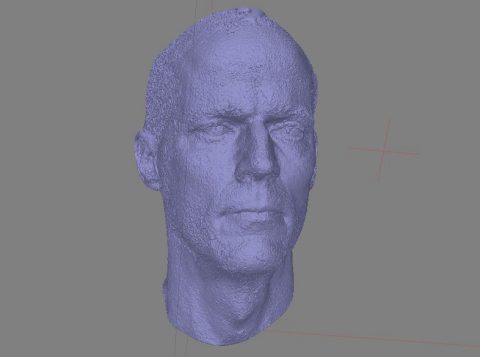 …and projects the photos onto the surface to build the texture. 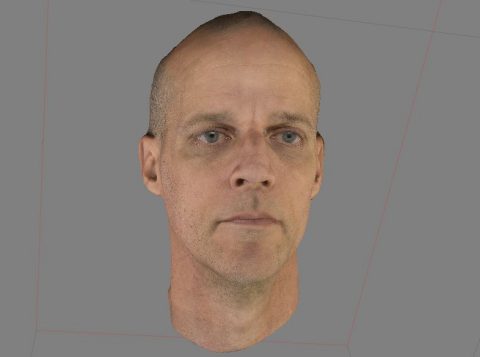 Which gives us this:

Mike Estes
by mattimus
on Sketchfab

The final results are pretty cool, but we aren’t done just yet. The generated mesh is somewhere around 1 million polygons, which is roughly 50 times more polygons than we have in an entire character. The mesh also contains a fair amount of noise from the scanning process that needs to be cleaned up. We treat the scanned mesh as a starting point for our final game model and process it the same way we would any other high poly source. We take the model into Zbrush to do smoothing and detailing, paint out any uneven lighting and texture artifacts, and scale the head to proper proportions. We also blend the skin to match our neutral base skin so that we can apply a range of different skin tones to the head. 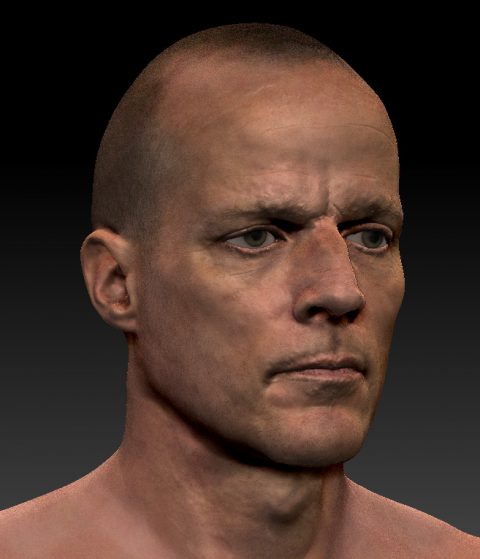 Next we project the results onto a clean, rigged, low poly game mesh, separate the eyeballs, and split the mouth open. Additional tweaks are done to the texture to make them match our art style and lighting conditions. 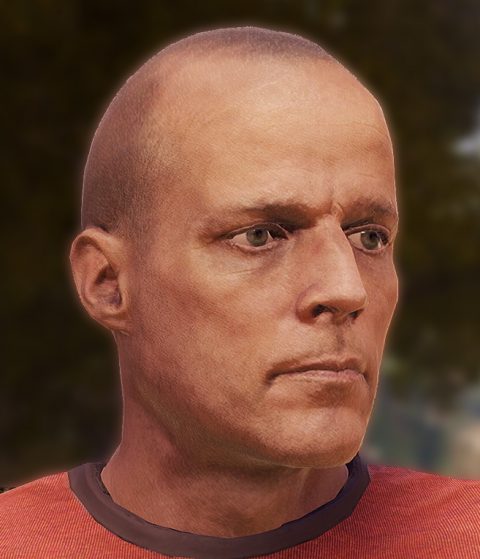 Voilà. A highly detailed, game-ready character in 1/5 the time it would take to sculpt one from scratch. 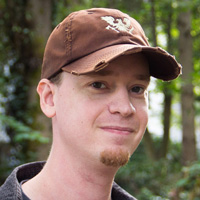