I have not yet had the pleasure of working directly with Dru, so I asked the producers for their two cents. Cale didn’t respond right away, possibly because he was having a board gaming lunch with Dru at that exact moment. When he reappeared in Slack, this is what he said. I don’t usually cut and paste the producers’ inside info, but this will tell you everything you need to know about one of our favorite programmers: “Dru is the bomb dot com. He’s a great multi-talented engineer who has a no-BS attitude when it comes to evaluating his own work and the game in general with open eyes. We can always look to Dru to give us a frank assessment of situations, and he is always the first to volunteer to do something about it! He’s from Texas, so he obviously knows good bbq from bad. He is an avid board gamer, and he is at least as much of a Star Wars fan as I am.”

When I was twelve years old, I got my parents to buy me a programming book. I had played Civilization and that revealed I wanted to make games. I couldn’t quite figure out how to program a game at that age, but failing at it really started me on a path.

In college, my friends and I tried to create a video game. We tried to build the engine from scratch, and we work with some artists to make an action shooter thing. The game idea was gloriously terrible.

We got so far as to render some characters on the screen. The game never became a thing and this wasn’t at a college that had any sort of game development program. (This was also before engines like Unity, too).

I did start modding other games after our game fizzled. I worked on some Unreal Tournament weapon mods, a Dawn of War mod, and a few other games here and there. Never released a mod, but man, did I tinker with some fun systems.

My job interview at Gas Powered Games had a small design portion. The goal was  to make a game using a restricted set of content. That night I went home and made a mod of my design using Warcraft 3’s mod tools.

When I got the Gas Powered job (my first job in the industry), all those unfinished ideas and impossible dreams of making something glorious really paid off. I had failed my way into understanding how games work.

I went on to ship a number of great real time strategy games. I even  made an indie game with three of my best friends. (It is an awesome zombie puzzle game called Containment: The Zombie Puzzler that everyone should own on Steam and their phones).

The theme of my career has been “breaking things and fixing things,” and it has served me quite well. Each game I’ve shipped has been made better from the corpses of a thousand of my bad ideas. Behind me is a road littered with curiosities that didn’t seem to go anywhere.

If you take all those weird little broken things and combine them, you have a vicious game developing robot ready to take on whatever is coming! Oh, my! What has all this failure wrought!?!?! 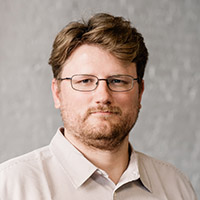