I wasn’t allowed to watch much TV or play video games when I was little.  That just made me want them so much more, because nothing hooks my brain on something like being told I can’t have it.  So, early on I developed an obsession for video games.  As it turns out, obsession is sort of a necessary trait for an animator.  The overall motion of a character, what the action is, where this arm is going, where that leg came from, don’t let the toes go through the ground, what are the hands saying, is that head tilt conveying the right attitude, any little twitch that could pull a viewer out of the moment and think “that was weird” instead of “cool!” – it all has to be considered.  It’s a lot of work, but I love it.

I don’t typically watch horror films or play scary games on my own time, they frighten me too much.  It is fun BEING the monster though, and as an animator at this studio I get to do that.  I’m finding zombies present a unique challenge in that they’re fundamentally different than actual living things.  Living creatures have a sense of self preservation, a fight or flight response.  A cat will turn sideways to make itself appear bigger, bugs will startle and run away.  Zombies don’t do that… they have no flight response, because they have nothing to lose.  They’re already dead.  They’re like the Terminator; they’re just relentless and won’t stop. The emotion, thought processes and personality needed to make a world feel alive and believable have to come from the player characters themselves as they react to that outside force.  It’s a fun challenge. 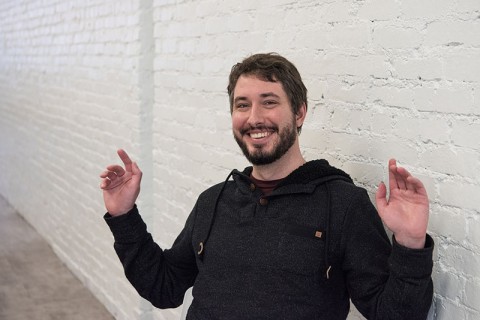 There are other challenges as well.  As the visual bar in games is raised, there is a trend towards the use of motion capture, physics and AI systems, all sorts of ever-evolving technical complexities that must be adapted to while still producing every day.  Its a lot to keep up with.  Luckily the advance of technology also provides an ever-growing source of reference to draw from.  Everyone has a camera phone, and the internet is an endlessly updated source for video and motion reference which can be mined for ideas and inspiration. Need to know judo?  Someone uploaded that tutorial.  What does fleeing for ones life look like?  The running of the bulls is great for that.  There is no end to the potential material out there, and it just keeps growing.

Animators are weirdos.  It’s a strange thing to be invisible, yet also simultaneously responsible for bringing characters to life.  It can feel like insanity sometimes!  But I enjoy what I do.  Virtual experiences have been just as impactful to me as real-world ones, so I’m happy knowing I can potentially reach others on that same level.  I don’t know if I have talent, or if I’ve just practiced enough over a lifetime of flipbooks and claymations and art school and full time jobs, but I am finally happy with my ability to get something looking decent in a reasonable amount of time.  I’m also glad that I can still usually find flaws in my work if I take a second look, because that means I still have to push myself to keep getting better if I want to stay competitive.  It’s that sense of measurable progress that makes me feel good and want to keep going.

I feel lucky to be in a field where my monkeybrain’s “push button, get reward” wiring allows me to be creative on a daily basis, level up a skill, and earn a living while doing so. 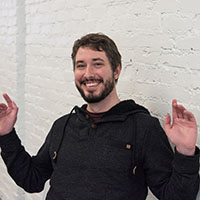