We can’t talk about what we’re doing, so we’re talking about the people doing the work. Garrett was originally brought on to do web stuff — in fact, if you remember when our website shifted from “amateurs who recently discovered blogging” to “glorious professional design,” then you remember when he was hired — but he turned out to be way more. He’s an artist, a designer, a deeply thoughtful person, and a super fun colleague. He’s also cooler than I will ever be, based on his music choices. Meet Garrett. — Sanya

Nature abhors a vacuum, it is said.

That’s similar to how I feel about music, if my ears are nature, the vacuum is a lack of music, and “abhors” is maybe toned down to something a little less extreme, like “doesn’t hate, but really finds things more pleasant without”. You get it.

I couldn’t sit down to write this dev bio without a soundtrack, so I don’t expect for you to read it without one. Since this is my story, though, you can listen along to a song I loved at the time, if you like.

(These aren’t actual journal entries, I just wrote them that way because it was easier.)

We’re heading back home after a weekend at Davey’s cabin, out in the woods somewhere. I’m playing Dr. Mario on Game Boy, which is lame, but Davey doesn’t want to swap – he’s right in the middle of a good run in Sonic the Hedgehog on his Game Gear. I’ll make do with Dr. Mario.

A foot of snow fell, and it’s far enough from everything that I can only see woods in every direction. I passed the time reading through a stack of Nintendo Power magazines that I snagged from the library before we left. I’m definitely going to have to check out Blast Corps when I get home!

(I never did play Blast Corps.)

So there’s this kid at school, and he’s, like, a computer whiz, right? Swears by this weird software called Linux that no one else can make any sense of. Whatever. If you’re nice to him, he’ll install a ‘hack’ on a school computer that lets you install the GTA 2 demo, but (get this) without the expiration timer! Between that and the Worms Armageddon demo, we’re booked solid every lunch break.

My dad got a new modem, and wants a website for his small business. He asked if I could make it, but all I’ve done was play with some GeoCities and Angelfire, so I have no idea how to really write code. He said he’d give me $50 and a book on HTML if I make it. Maybe he’d let me split that up for 5 months of Asheron’s Call, so I wouldn’t have to go to Kurt’s house for it. His computer is fine, but we have to run the phone line from the kitchen into his bedroom every time we want to play.

Huh, I wonder if Kurt knows what a “nookie” is.

My grandfather is sick, and it doesn’t look like he has long now. I get by with heavy doses of Civilization III and Super Smash Bros.

I’ve built a few websites for friends of my parents now for a little extra money, but I’m making more as a lifeguard, to be honest. Photoshop is a lot of fun to play with, though. Maybe I’ll look into design when I get to college in two years.

They installed these new internet filters at school. A bit of filtering I understand, but this system uses whitelisting! School computers are worthless for doing any kind of research now. It’s cool, though, Rick set up a VPN server in his basement that we’ve been able to route through. We printed out the URL and instructions on thin sheets of paper, and are passing them around the school. They can’t punish all of us, right?

By the way, how the heck did anyone live before broadband?

Got in line at 1AM to get a Wii last month. At least the snow kept us all entertained.

Note to self: Metal Slug makes for a really dangerous drinking game.

Seattle may be grey and dreary most of the year, but I can’t be more grateful for a fresh start at the University of Washington. I’m starting to regret going for a Middle Eastern Studies degree, but my advisor says it’s too late to switch to Computer Science or Human-Computer Interaction, so I guess I’ll just see it through. At least I’m learning some tech stuff after class – my friend Hang has been paying me a little for web work on some start-up ideas he’s got.

Finally got around to playing Portal, after I heard everyone freaking out about it. I get it now. I totally get it. What a game!

Boy, do I wish I had gotten a degree in something more useful. Ian got me a job doing QA for a start-up mobile app company, and calling it tedious would be generous. I’m glad to have a paycheck, but I have to figure something else out. At least I’ve got Mass Effect to escape to.

Hang moved to San Francisco, and wants me to come down for a few days to help out with a project. He thinks I could cut it as a UI / UX designer down there, and swears that I’ll have job offers before I return. Sounds too good to be true. Who would hire someone with almost no marketable experience?

I made a small portfolio and met with a few creative agencies here in Seattle. Maybe I’ll be able to land a few short-term contracts.

I’m in the bathroom, looking in the mirror, just trying to breathe. In. Out. Pause.

Even their bathrooms are insane. There are chocolates, razors, deodorant, cologne… all travel sized, and free. There’s a masseuse that comes by twice per week. The kitchen is completely loaded with snacks and packaged meals. Everyone just got back from a company-paid trip to Hawaii. Who the hell works like this? Do they even know that they’re rockstars?

I’ve never been so stressed in my life. Every moment since I got the call from the creative agency saying they found me a short-term contract at Valve has felt like a dream. Or a nightmare, maybe. I’ve seen the numbers. The impact of a single percent difference in sales is huge for these game companies, and I’m the one making the graphic that everyone will see on Steam? Me, on my very first paid position in design, acting without supervision or feedback?

There’s only a week left on my contract, and I’ll find out soon if they’re going to renew it. I never honestly dreamt of working at a game company, but now that I’m at Valve, I’ve never wanted to keep anything so badly in my life.

Maybe I should have taken one of the offers I got through Hang in SF – or maybe it’s better to have loved and lost?

A 6 week design contract usually isn’t enough to matter on a resume, but – BUT! – since the contract was at Valve, it just might. Valve, the Willy Wonka’s Chocolate Factory of gaming, the Shangri-La of creative-types everywhere. It’s shrouded in mystery, and everyone wants to know what it’s like to be and work there, and that’s something I know just enough about.

I’ve polished my resume and prepped assets I made for Steam in my portfolio, I’ve got a spreadsheet of and intro letter for every game company in the Seattle / Bellevue area, and I just finished writing a long blog post about what it’s like to design for Valve. I’ll submit the post to HackerNews this afternoon, and fire off my resume to every company on the spreadsheet first thing tomorrow morning. With luck, the post could be near the top of HackerNews right when they get the resume.

Look at this view. LOOK AT THIS VIEW! I might actually be on top of the world. The company is ambitious, I think the game has a lot of potential, and I’m working with guys who have Wikipedia pages!

My plan worked! Shaun at En Masse Entertainment read the post on HackerNews, and saw my resume on his desk that afternoon. I can’t believe I made it. I’m working with guys who built the games I loved growing up, including Asheron’s Call, Halo, Starcraft… there might be a future for me in the game industry just yet, if I keep at this.

I’ve got six months to design and build the website for the game before launch. It’ll be tight, but I can make it.

Yeah, it was time for a break from the game industry. It’s so much fun, but being tied to the success of a single product is hard. Working at a creative agency gives me the freedom to work on a wide variety of short-term contracts, but with the stability of a job. I can’t believe how quickly I’ve been able to learn since making the move into programming full-time – I’ll be eternally grateful for patient co-workers.

Speaking of co-workers, I had lunch with a couple of guys I worked with at En Masse. They’re at this new company nearby called Undead Labs, and they’re really excited about it. They said there might be a position there for me in a year or so. I’m in no hurry to leave, but it would be great to work with them again.

Youtube
I can’t believe that I’ve been at Undead Labs for almost two years now! It was a bummer to see Moonrise not make it, but I’m way excited for  ████████████████ . I think the fans are going to love the  ███████ system, and how you can  ███████████ with  █████ █ ███ █ ██ !

Though every day at the lab has been great, the highlight for me was definitely PAX East. It was so much fun to meet and interact with the fans, and there’s no group of people I’d rather spend a night on the dirty tile floor of LaGuardia with.

Someone recently asked me what the best part of working in the game industry is. I explained that no matter what your job is, you always have a client – doctors have patients, businesspeople have shareholders, waiters have customers. For most jobs, your client isn’t terribly excited about the product you make, and sometimes they even hate it (poor DMV workers)! There are a select few occupations where your clients really are passionate about your product: musicians, actors, authors… game developers. That passion is what gets me up and keeps me going. 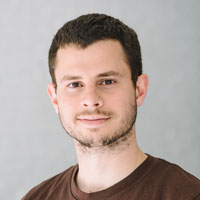 Garrett does web stuff for the Lab! He's a whiskey nerd, Sounders fanatic, Hip-Hop head, and history buff. If you see him playing as Jamie Cardy in Rocket League, you should tell him on Twitter.
This site uses cookies for analytics, personalized content and ads. By continuing to browse this site, you agree to this use.AgreeLearn more