We can’t talk about what we’re doing, so we’re talking about the people doing the work. When I sit down to write these introductions, I occasionally reach out to the developer’s friends and teammates to get more information. I mean, from my point of view, *all* of my colleagues are nice, laid back, approachable, hard working, “can do” people with good attitudes who are great at their jobs, you know? So I asked around looking for some dirt on Jason. Every single person responded with…nice, laid back, approachable, hard working, “can do” guy with a good attitude who is great at his job.

I pushed a little. I got back “maybe the nicest person in the whole Lab” and “but SUPER nice” and “a rigging wizard.” I give up. Read on to find out why we may love this guy, but we’re not letting him pack the go-bags. — Sanya

Hey, y’all, Jason Minters here. Real fast: I’m a tech artist. Been doing this for a decade. Want to know more, just google me; I’ve been on some cool projects. Since that’s not enough for a dev blog entry, I’ll tell a little story.

For quite a few years I lived on the west side of LA. If the zombie apocalypse happens, and that is where you are, there is no escape. Or is there? That was a question I may have been thinking when my buddy took a group of us out to Catalina, an island off the coast of California, for a weekend camping trip.

We took an early ferry ride over, and upon arrival we found a kayak rental place. I chose a kayak that had a tether on the back for towing. The idea was to kayak around the island to a reserved cove.

The six of us were off, laughing and having a fun time in the sun. The trip to the cove was easy; I think the current helped. This was my first time going to the island, and I was surprised how remote it felt. Our cove was surrounded by cliffs, cutting off the rest of the island from us. 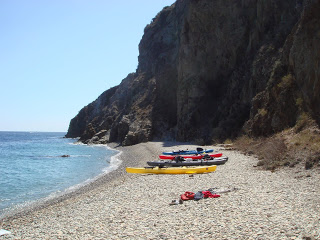 Now, this patch of uninhabited land so close to LA might make a good headquarters after Z day.  The area is desolate, so Z day supplies would definitely be a problem…just like it was for us. We had underestimated our food and water needs, and we had to eat a very light dinner. 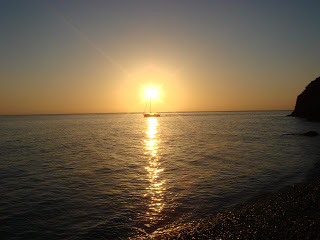 It got worse. In the morning we realized that no one brought coffee, ahh! Yep. A bunch of video game developers came unprepared on a one night camping trip in isolation with no chance of resupply. Doom. We were fine eating a light dinner and breakfast, but not having coffee? Big mistake.

The trip back had the group stretching out because the tide was pulling against us. The quick trip now felt like an epic struggle. No breeze, no water, no coffee. Me and one of my buddies were in the very back. We watched as the rest of our friends put their heads down, and with redoubled effort, pulled ahead and out of sight. Me and my buddy got about halfway home before he started to look sick. Did you know caffeine is addictive, and that suddenly stopping an addictive substance can make you sick? We found out the hard way when my buddy spewed the contents of his belly out into the ocean.

We struggled on till we found a dock, whereupon we were greeted by an employee of the property letting us know we had to keep going. They couldn’t take us in.

I felt like anyone would in a zombie apocalypse, knowing everything was going wrong but the group must survive. So, I tethered his boat to mine. It was not easy, and it felt a little like what we went through making a video game — I was doing my part to make it work. No matter what happened, through hard-headed determination, we would succeed. Making games or fending off the undead.

We made it back to civilization. We survived.