We can’t talk about what we’re doing, so we’re talking about the people doing the work. Ian is one of our designers, which means by definition he’s creative, inventive, and intuitive. He’s also a great friend to have when the chips are down. He’s as affable and kind and quick-thinking after two hours of sleep on an airport floor in Detroit (it’s a long story) as he is after a full night. Read on to find out how that has gotten him where he is today. — Sanya

When you tell people you design video games for a living, one of the most common questions (after “so what does that mean”, which I answer by paraphrasing Liz England’s Door Problem) is “how did you get that job?” Here is an abridged list of things that needed to happen for me to wind up with the job that I have today:

ON ANOTHER SIDE OF SEATTLE:

AND OVER ON THIS SIDE OF TOWN:

So how did I get that job doing game design for Undead Labs? The answer is complicated, obviously, and no one is going to follow my path, but a few solid rules can be extrapolated: 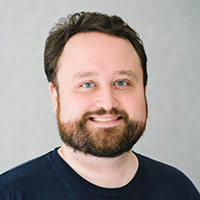