We can’t talk about what we’re doing, so we’re talking about the people doing the work. Our subject today is Abby Wilson. At a big studio, Abby would be one of ten people, but here she does the work of ten people, and we’re terribly glad to have her. Here’s how she came to QA, and the Lab. — Sanya

To Infinity and Beyond

Video games have been at the core of my being since I was little. Surprising, huh? I think it would be more surprising at this point in the Developer Bio series if I said I’d always wanted to be a baker.

My earliest memory is standing on my brother’s bed, in his cold basement room, holding the NES Zapper towards the TV. I remember crying because those damned ducks weren’t dying! Even losing multiple times, I was still drawn to it. Eventually we moved the NES up to the living room, where I spent nearly all my time playing. Games had invaded my brain – even my finger paintings in kindergarten were Mario-related. I eventually would share playtime with my twin sister, but the NES was my domain. When I was ten, I asked my mom for a subscription to Nintendo Power, and re-read every issue until the pages crumbled. I even wrote in to the magazine – envelope drawing and all. My perfect drawing (a scene from Blast Corps) wasn’t picked, but they wrote back!

My path wasn’t always pointed to games, though. In high school, my eyes were more firmly set on music. Any kind of band you could be in, I was in: concert band, pep band, jazz band, and most importantly of all, marching band.  I was convinced, at that point, that I was going to be a music teacher. I continued to play games, of course, and talk about them and live them, but I had never considered for one moment that my career would be in video games. I wasn’t a programmer – how could I work in games?

My college “career” is another tale for another day, but I ended up at Western Washington University up in Bellingham, Washington right by the Canadian border. Just far north enough from my hometown of Vancouver, (not Canada) Washington to feel like I was far away from home while still paying in-state tuition.

During college, I continued to play games and immerse myself in the culture. I began what has been a years-long love affair with MMOs, and started working on what I affectionately call my “PhD in Final Fantasy.” I ended up majoring in French. I know, I know, it’s not music-related OR video game-related, but I had been taking the language since high school and figured it would be easy to just segue into a major. It was!

I moved to Seattle in 2010 from Bellingham, and immediately got the most Seattle-ish job I could think of that wasn’t working at a tech company or a record store: Starbucks. Not any Starbucks, mind you, but as I found out as I strolled up to my interview: the first Starbucks. 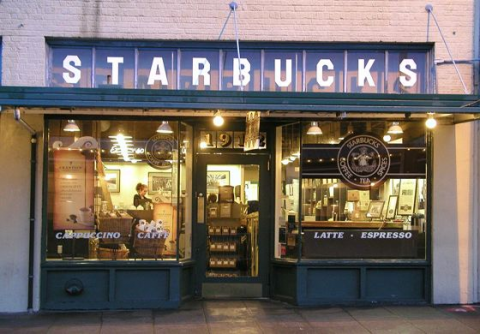 I ended up working there for about two and a half years. Something, though, just didn’t feel right. Even though I enjoyed my job immensely, I wanted something different. Luckily for me, a fateful event was happening that month: PAX Prime. I was fortunate to have scored a pass for Sunday (which was the final day of PAX back then), and I absorbed the sights and sounds. (And got the free stuff. Aaaalll the free stuff.)

Tucked in my swag bag was a small flyer from a local company who specialized in hiring game testers. Something about it spoke to me; I knew it was time to move on from Starbucks.

My contract set me to work at Microsoft, over in Redmond, testing games on the Xbox 360 and Windows 8 tablets. My very first game assignment was, as fate would have it, a small zombie survival simulator called State of Decay.

Now, this is my favorite myth to debunk about games quality assurance: It’s really not just playing games all day. I mean, sure, I’m playing the game, but I’m also looking at it through a microscope. Are all of those textures on the building the same? From every angle? Oh hey, I do a weird flip if I press these buttons, but what about if I’m walking? Running? Jumping? Driving? To be successful in QA, you need to have a strong attention to detail and be able to endure a lot more tedium than you’d think. Found a crash halfway through the story? Better be able to reproduce it! You also need to be able to communicate ideas effectively and efficiently, and multitask properly – it’s actually a really challenging job.

I was very happy at Microsoft – learning a new skill, and working in the games industry, something I didn’t know I had always wanted to do. What could possibly be better?

You may be seeing this coming: one day, I received an email from a man named DJ, the director of QA at a studio called Undead Labs, makers of the aforementioned State of Decay. He told me that I’d made a really good impression on the team thanks to my super QA skills, and that they were considering expanding their tiny QA team – would I be interested in coming down and having lunch?

And so, I’m here. Slightly more than two years after that lunch, I’m still here, learning more and more every day and working with what is seriously the greatest group of humans. My path here wasn’t exactly a straight line, and there are times that, having been plucked from a large group, I feel like one of the alien toys from Toy Story, but I couldn’t be happier or feel more fortunate. To infinity and beyond, and all that!