We can’t talk about what we’re doing, so we’re talking about the people doing the work. Today, we meet Mark Young. If it were possible to identify a typical Undead Labs person, it might well be Mark – the thirteenth person to join the company, rendering that forever our lucky number. He’s got rock star talent but a friendly, can-do personality. Check out the story of how he became a programmer. — Sanya

Many many years ago, my older brother discovered an ad in Nintendo Power magazine for DigiPen, an institute for video game programming, and a dream began to form; a dream of making video games for a living. It was 1999, and I would be graduating high school in a year. More importantly, it was the year I gave my parents an ultimatum – I was going to DigiPen in Seattle or I wasn’t going anywhere! I was so convinced, it really was the only school I applied for. I was confident I would be accepted (and fortunately, I was). However, my passion for games began at a much younger age.

I grew up in the middle of Texas, in a small city called Killeen where the most exciting things to do were going to the movies or hanging out at the local Putt Putt. Texas is home to a number of large amusement parks that my family frequented, though, and on one fateful trip, my dad said that he would buy us a Nintendo if we rode the Ultra Twister – a daunting proposition for an 8 year old. Regardless, challenge accepted because we wanted that console! Getting the NES was the event that opened the Pandora’s Box of my love for video games. We bought practically every Nintendo console that was released after it (yes, even the Virtual Boy). I’m still amazed how many hours my friends and I spent playing Super Smash Brothers on the N64. Really, it’s a lot.

In high school I took my first programming classes. Also around this time, a little game called Starcraft was released and my friends and I would play on the lab computers during class. Eventually, the computers at school were wiped and password protected so we couldn’t even reinstall it. Thankfully, we weren’t just playing games in class, but actually learning too! After studying the boot up sequence, we coded a program that looked exactly like it. We ran the program and asked our teacher to enter the password, which would then be conveniently saved to a file we could access. He only became suspicious when he saw a group of us playing Starcraft again. After asking us how we were able to install a game, he was impressed enough that he gave us permission to play given two conditions:  1) we completed our assignments, and 2) he got to play with us occasionally (thanks, Mr. Mclain!).

My first large project in high school and taste of being an indie developer was making Lumberjack 2000. Never heard of it? Probably for good reason, but I was proud of this small game I programmed and it was when I truly knew I wanted to make it a career.

In order to continue on the path I chose for myself, I gave my parents that ultimatum in 1999. Understandably, my mom was a bit reluctant to let me move 2500 miles away from home to go to a school for making video games, which she wasn’t even sure was a viable career choice. But I was on a mission.

I arrived at DigiPen in 2000, when it was still a relatively newer school. There weren’t any competitions and I just concentrated on finishing my Bachelor of Science in Real-Time Interactive Simulation in three and a half years. After graduation, my mom gave me her own ultimatum: I needed to find a job or else she was moving me back home. I wasn’t quite ready to return to a life of Putt Putt, so I applied to several companies in the Seattle area, though I really had my eye on one in particular called ArenaNet. The founders were from Blizzard, and they were developing an MMORPG! I had played MMORPGs for years (I spent hundreds of hours on Asheron’s Call) and my favorite games came from Blizzard. I needed to work there.

Let me tell you, there’s nothing quite like showing up for an interview and having the interviewer laugh at you. It was my first experience in the game industry and with my future boss (two times over), Jeff Strain, who- after a good chuckle- let me know to never wear a suit to an interview in this field. Despite my faux pas, Jeff hired me and I started working at ArenaNet (the dream!).

I landed on the content programming team where I spent my first year making skills, missions, and working on A.I. in preparation for the launch of Guild Wars. I was in heaven. And as time went on, I took on more responsibility. My first big project was for the Nightfall expansion where I programmed a large part of the Hero system. Then I became the content programming team lead for the remaining expansions and for the first few years of Guild Wars 2’s development. 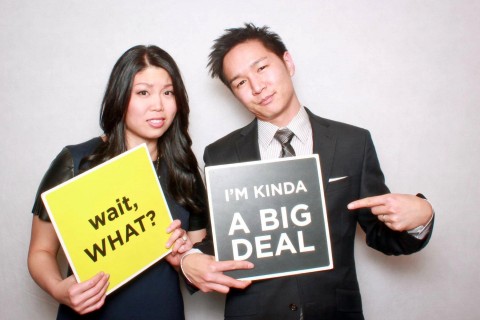 After being there for nearly eight years, I had an opportunity to join Jeff once again on a new venture of his to make the zombie survival game we all know as State of Decay. I grabbed my katana, jumped right in, and was tasked with the mission system. It’s been a blur of four great years working at Undead Labs, where I find myself surrounded by some of the best and most passionate in the industry.

High school, DigiPen, ArenaNet, and now Undead Labs have all had their part in my continuing dream of programming video games, and I look forward to many more years with this team and in this industry. And I think my mom finally believes “making video games” is actually a thing. 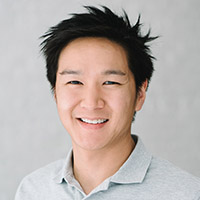