Long time friends of the Lab will remember our developer series. We figured, we can’t talk about what we’re working on, but that’s no reason not to talk about the people doing the working! Today, we’d like to introduce DJ, our Quality Assurance Director. You already know him if you’ve seen us at a convention or lurked in our forums. Be sure to say hello to him the next time you come by! — Sanya

What Not To Do

My childhood was split between two worlds. One in eastern Oregon: Where the nearest neighbor was over three miles down the road, the town I went to school in was not much different from Spencer’s Mill, and the graduating class size for my year was a whopping 12. We didn’t get television reception, and if we had, it wouldn’t have mattered much. Our television’s speakers were broken. We did, however, have an Atari 2600. Because of my loving aunt, Cobra and Defender are the first two games in color that I can remember playing. Oh and our handheld platform back then…was a football game made by Mattel. It was a magical era!

The other half of my childhood was on the Olympic Peninsula of Washington, where it always felt majestic. Mountains, ocean, forest, and the beautiful city of Seattle was just a ferry ride away. On the other side of the city, there lived the video game titans/all-around sorcerous magicians at Nintendo. Back in the day, you could call their customer support for free and talk to someone if you were stuck in a game, or your console was displaying nothing but corrupted graphics (don’t try to blow the cartridge out with your breath!), or if you wanted to annoy some adult with statements and debates about why Link is a more interesting hero than Mario, and my sister wants to know why Zelda and Peach both always need rescuing and not the other way around? 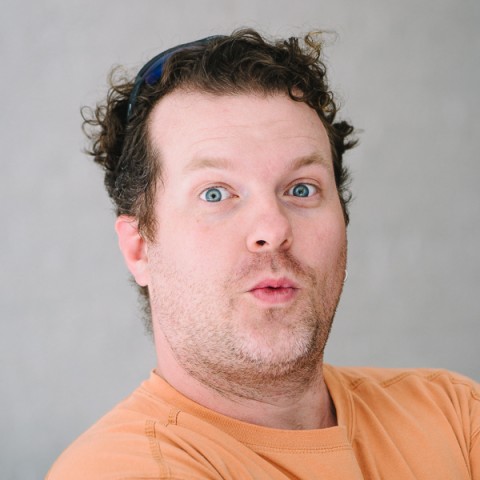 Video games were where I wanted to be. At the time it was a field still in its infancy. I am a terrible artist and I didn’t know how to program, but I did have some light scripting experience. After starting college, and acquiring a huge student loan debt, I had the horrible realization that I didn’t have a passion for programming. That triggered one hell of an identity crisis. I started working a full time job in an art gallery’s photography lab, and ventured into some nefarious endeavors (I was young! I needed the money!).  Well, it turns out, working in a photography lab is cool, but not lucrative, and the nefarious endeavors (according to society and parental units) are things one probably shouldn’t do if one wants a career. So, I took the money I had after paying off my debt, and moved back home.

Seattle is a hotbed for the gaming industry. There are companies small and large that live and die here. A few are like the bird of legends, rising from the ashes and live again. Others fly by night and are never heard of again.

When I saw an ad in the paper saying that the big N was looking for testers, I jumped for it. I mean come on…I was 21 years old, I didn’t have a job, didn’t have a degree, was living with my mother again (as temporarily as possible), had no income to speak of otherwise, and my only mode of transportation was a motorcycle for what would end up being a 140 mile commute. So, yeah, I had some holes to fill in my life. What I still had was a burning desire to work in video games.

Nintendo used to interview each contract testing candidate with a panel of supervisors back then (not so much, anymore). Well, they liked me and I was temporarily — and at the same time forever — in awe.

Being a tester you learn a few things, and one of those things is patience. To anyone who thinks you get to play games for a living: You don’t get to play games for a living. QA would be best described as verifying each feature in the tutorial for five of your eight hours a day for three weeks straight, then again a couple months later. The other hours are spent writing test cases (wonderful and glorious checklists) that you run through to make sure the game is doing what it should be doing. Scripting is important; the sooner you learn how, the better.

People ask me how to get into this career. Mostly, I tell them not to. This industry can be fun, challenging, and rewarding. There are some awesome companies to work for and creating something that brings out emotions in people is extremely rewarding. You will spend a ton of hours glued to your desk. Job security depends mostly (but not always) on a successful game. The competition for a position is fierce and the entry level QA position is usually a contract one. If you come into this industry, you better love what you do. Because…the rest of us do!

If you’re entry level QA, and you want to succeed in the industry? Work hard, be willing to work overtime on a moments notice, use your imagination, grow your documentation and technical skills. Always remember there are thousands of people just like you, and you are the one that will have to rise to the top. We don’t float in this field, we swim to the top or we drown. Everyone should try to better themselves.

My career has lead me down some wonderful paths and I feel fortunate. While I did aim to get into the industry, I didn’t ever imagine I would stumble into it the way I did. My path took me from contracting at Nintendo, Sierra and Microsoft to managing the QA department at Sucker Punch Productions, ArenaNet, Loose Cannon Studios and PopCap. I’ve also been a producer. After awhile, I found myself missing the hands on feeling I got at places like Sucker Punch and Loose Cannon Studios. These smaller studios are places where you bleed your talent and passion for games into the product you’re working on in a whole different way, one that I feel is more intimate, though a little risky.

At Undead Labs, I get to take the passion for games I’ve always had, add that to all I have learned from my seventeen years in the industry, and put it to practice while learning from some of the most talented people in the industry.