On this very day two years ago, several hundred thousand of you took a chance and bought a little Xbox Live Arcade game named State of Decay. You had no idea who made it, or what it was all about, but you clearly loved survival-fantasy games and had a true gamer’s appetite for innovation and new gaming experiences. You may not have known that most of the development team behind the game — the artists, programmers, designers, musicians, animators, testers, and producers at Undead Labs — had been awake all night, waiting to see how you would react to a game that didn’t follow any established templates, and even broke fundamental design rules with mechanics like permadeath.

And, much to our joy (and, yeah, relief), the vast majority of you loved it. And told your friends. And streamed it on Twitch. And posted videos to YouTube. And tweeted about it. And over the next few months, State of Decay became the fastest-selling original* game of all time on Xbox Live Arcade, and went on to sell millions of copies on Xbox 360, Steam, and Xbox One.

And you know, two years later on, as we work on Big Things for the future of State of Decay, it’s a good time for all of us at Undead Labs and Microsoft to take a deep breath and reflect on exactly why we’re here, and why we have the opportunity to work on Big Things. I know it’s cliche to thank your customers, and sometimes it’s kind of like your mom saying “I love you” — she probably says it every day and you kind of start taking it for granted. But man, she means it from her heart. And so do we. Thank you for getting us here. Thank you for giving us the opportunity to keep working on Big Things. And thank you for being the kind of gamers who will take a chance on innovation.

What would an anniversary be without some fond memories? Here are a few of our favorite moments from along the way.

My “favorite” recollection? Rewriting a serious mission critical bit of code on the bus ride home at midnight. Getting up on a few hours sleep the next day. Finishing it on the bus. Getting it working that day and submitting a milestone deliverable which required it.

Amazingly the code was solid and worked for the entire project. I thought I might have been hallucinating when it actually worked.

We designed the game to be extremely systems driven.  This created a huge amount of content despite our tiny team (we made that big open world game with fewer people than the team that did the cinematic facial animations for Ryse!)

Unfortunately, sometimes systems-driven games take on a life of their own.  Very close to ship, we got a report from a tester along these lines:

As I walked into the church I heard Pastor Will flipping out at another character, shouting “I’ll cut you like a prison bitch” before abruptly leaving my community.  Is this expected behavior?

We never managed to repro that one, but our debate about whether it was a *bug* or a *feature* was a classic.

One of my favorite memories was from near the end of SoD. James [McMillan] wanted a giant muffler man that looked like Billy Connoly (because of the film Fido) in the game, and I thought it was an awesome idea. That same day Shaun said ‘No more content after today’, it was a hard line in the sand. So I told James, #$@# it’. Figured it wasn’t meant to be.

The next day before James was in I was driving around testing the game, and there’s this giant muffler man in the game. He stayed at work until four in the am getting it in there

I was testing on my laptop at home late one night.  The lights were off, my headphones were on, and I was pretty engrossed.  I was looting a house.  Once the house was clear, I left through the front door. Then out of nowhere I got side tackled by a feral.  I screamed like a little girl, waking my 1-year old son.

2) Ben [Scott]’s “Gore Bomb” that was supposed to fill infested houses with blood and guts but it would spawn them as you drove by so there would be body parts exploding out of windows into the street. It got pretty gross on main street Marshall with all the buildings vomiting body parts. 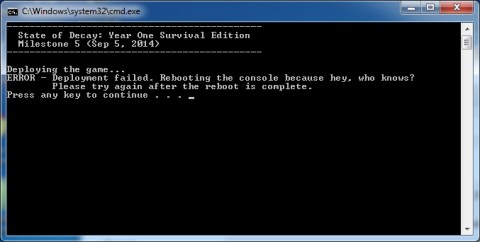 What was so great with SoD is that after 6 months of selecting our game engine we could run, shoot, and drive… and kill lots of zombies. It was obvious early on that what we had was fun and that we were on the right track. This was contrasted by my years of working on fantasy RPGs where the fun factor doesn’t show up until late in the project.

The day that Foge wired in the ability to take out a zombie with the car door sealed the deal. 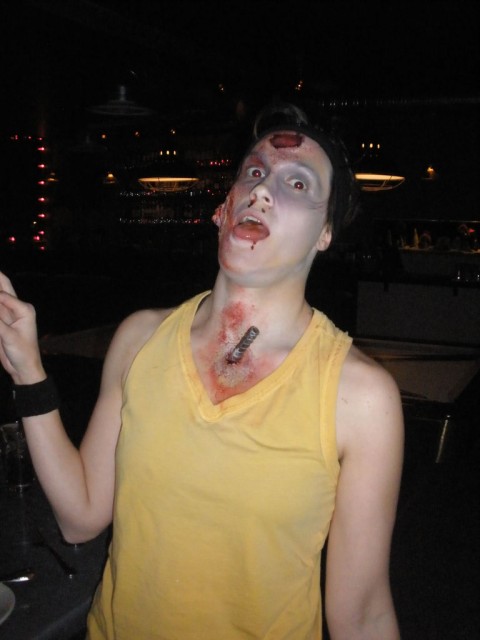 My favorite part was Eli refusing to stay dead. omg…Eli. What a [redacted] nightmare. So the farmhouse mission ends with you putting Eli out of his soon-to-be-turned zombie misery.He’s laying on a cot, and you have to shoot him in the head.

Well there was a bug so that when you shot him, he would just stand up on the cot frozen there. And that bug came back i would say at least once a month if not more.

My favorite Lifeline memory was Geoffrey announcing to the whole company that I was the first person who had reached the end of the game.

My favorite was working on Lifeline and driving vehicles to places they shouldn’t ever be able to get to, then taking screenshots of it and sending it to Brant and waiting for him to sigh loudly from his desk behind me. 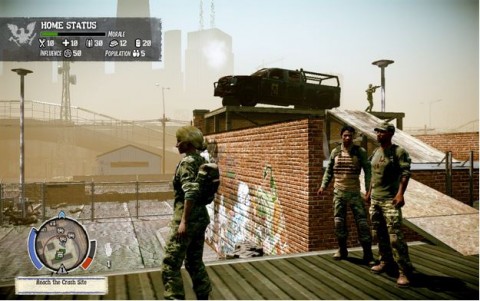 During Lifeline, it seemed to take weeks to get the latrine in and hooked up and we had no way to force someone to use it.

So Brant was following npcs around and waiting for them to use it…they’d always tease – walking up and standing next to it.

Until one day – someone walked in, sat down, and started eating beans.

“After we sell a million copies, I’m getting a tattoo.”

Be sure to check back in with us all through June, our Two-Year Anniversary Month!

We’ll be giving away some really cool anniversary T-shirts and some even bigger prizes along the way.

Hey, it’s a celebration after all.