Welcome back, my friend!

As you may recall, my name is Duncan and I’m a bit of an explorer. I’m also a bit of a storyteller, as you’ve no doubt gathered! Today I’ll recount some of my experiences in the desert region known as the Agarid Barrens, particularly the area around Qurada Colony. 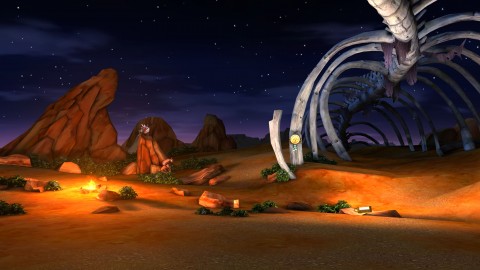 I’m a bit embarrassed to admit that I neglected this region for many years of my exploring career, preferring instead to spend my time in other areas. I suppose I believed the stories that it was nothing more than a harsh, desolate place, devoid of life or anything worth seeing. But as any explorer worth their salt will tell you, it’s often the overlooked places that are most rewarding to visit!

I first ventured into the Agarid Barrens about twenty years ago, following a new trade route that had just been established between Kunisi Wood and the Grand Frontier. As I trekked through the sands of the Daharan Desert, I ran afoul of a Vulcature that saw me as a tasty meal, which led to some tense nights spent huddling in caves that felt entirely too small and exposed!

To my good fortune, the route I followed went directly through a new settlement called Qurada Colony. This tiny mining village had just been established, with the goal of extracting local deposits of valuable ore and precious stones. At the time I didn’t care about any of that, I just felt thankful no Lunari followed me into town! 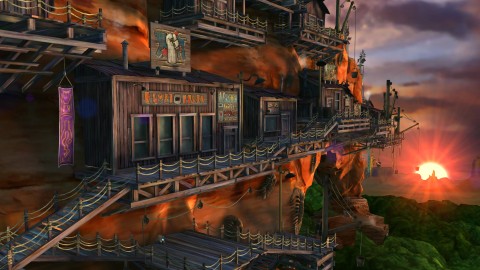 As I learned during that visit, most towns in the Barrens are temporary and exist only as long as the locals need them to. At first I thought that meant the people were nomadic and transitory, never setting down any roots. But over time I found that wasn’t the case. Instead, most folks in this region bond quickly to wherever they live, forming a quick but deep respect for the land. However, they don’t let this bond prevent them from moving on when the time comes. It’s quite typical to see new arrivals treating Qurada Colony as a treasured home after mere days spent there!

This practice is aided by the fact that many people move together from one town to the next. If you didn’t know better, you’d assume they were family. I suppose in a way they are, though without the blood relations that most of us take as a prerequisite for such strong connections. It makes it easier to understand how folks can bond quickly with their new home; after all, they’re already surrounded by close friends! 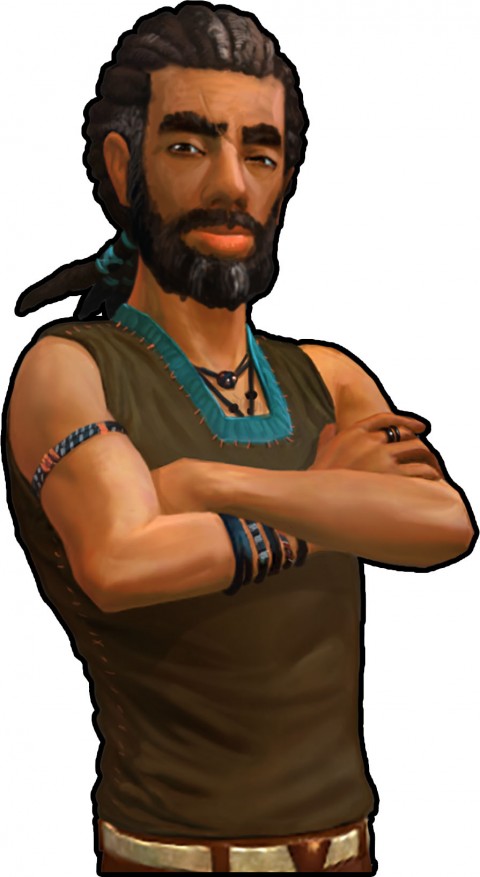 After spending the proper amount of time recovering from my taxing journey through the desert—during which time I became quite familiar with Qurada’s excellent tavern—I ventured back into the Daharan Desert. It was then that I encountered my first Podpetal swarm. It reminded me of the spring blooms in Kunisi Wood, only the mass of color flittered and flowed through the blue sky like a school of fish darting through a clear sea. If I had to pinpoint the moment that my love for this area was born, I suppose that’s as good a guess as any.

Over the years, I would return to Qurada Colony again and again, despite the lumbering Blockheads and crafty Zigments that lurked in the desert. Each visit seemed to bring more discoveries—lonely mesas standing silent guard against the encroaching sands, wondrous rock formations carved by powerful, endless winds, and tiny spots of green that thrived despite the harsh conditions.

It was during one of those visits that I first ventured into the Gazira Mines. Back then, they were still actively worked—this was a few years before the Archaic Tunnels were discovered, mind you—but that didn’t mean they were free of Lunari. In fact, it was a run-in with a fierce pack of Toddlerocks that led to my first meeting with my good friend Hoku, who now runs the tavern in Qurada Colony! We had plenty of time to become acquainted during the hours we spent perched on a high platform, waiting for the Toddlerocks to grow bored and wander off. We shared stories of his native Ahimoku, as well as other locales that we’d each visited. 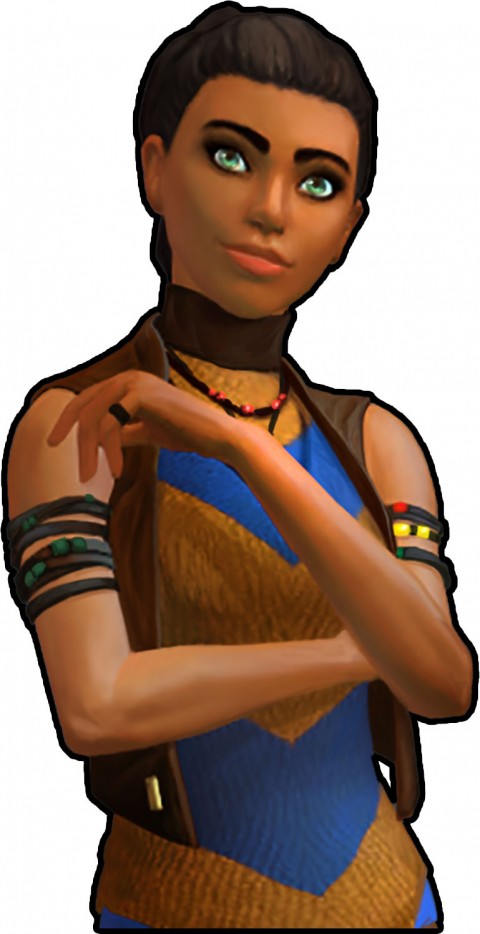 By the time I next returned to Qurada Colony, the mines had been abandoned, overrun by Lunari coming up from deep underground. I ventured in, hoping to reach the deeper levels rumored to contain ancient constructions, but I was chased off by Squizzles and a savage Porpoisely. Not exactly the kinds of Lunari I had expected to encounter deep beneath a desert! I’ve always regretted not fully exploring Gazira Mines…but I suppose my exploring days aren’t over yet, eh?

On the other hand, I’ve had quite my fill of another dungeon not too far from Qurada Colony, called Xenari Caverns. It’s not simply the Lunari that infest that place, mind you. I’m no fan of surprise encounters with Kindlehooves or Slugleys, but those threats pale beside the terror that comes from imagining how those caves came to exist, as well as the undeniable dread that I felt exploring the lower levels. I don’t hold much stock in sayings like, “places we weren’t meant to go,” but I might make an exception for that place. 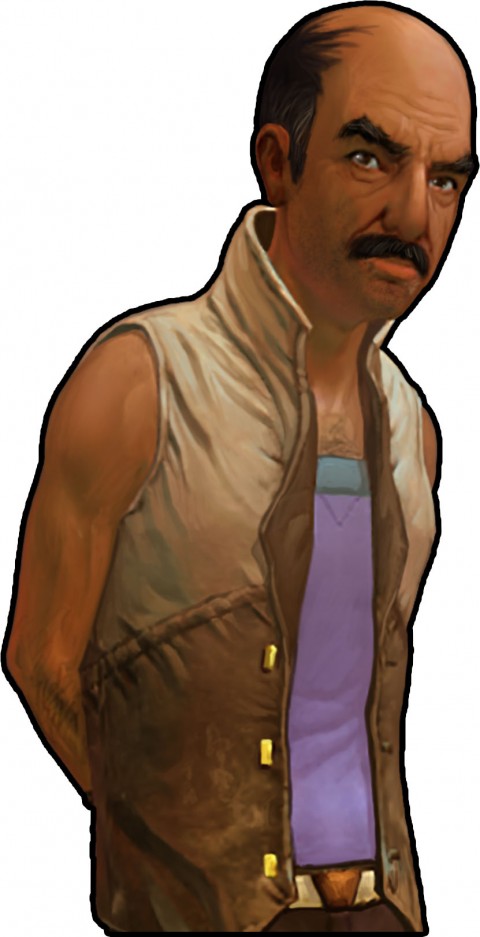 Thankfully, I was able to retreat safely from the caverns to Hoku’s Tavern, where I enjoyed a few fine beverages with other locals I’d come to know, including the shopkeeper Yasmin and the guildmaster Ibli. I soon found myself trading stories as if I’d known these folks for years, which made it all the more difficult to say farewell as I continued my journeys.

Of course, I never escaped the pull of that town. Eventually I settled in Qurada Colony, and while I’m not ready to say I’m done exploring, I do find it harder and harder to find a reason to leave this town and my friends here. I wonder sometimes what I’ll do when the locals decide they’re ready to pull up stakes and move on. Will I resume my nomadic lifestyle, or will I follow them to the next mining colony? Only time will tell, I suppose.

But you didn’t come here to listen to me ramble about the future, so I’ll bring this tale to an end now. If I didn’t bore you too much, perhaps you’ll return to hear another story about my travels. 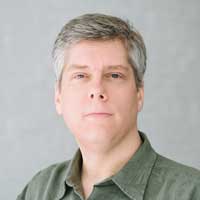