Our regulars already knew the basics, of course — we’re community-first when it comes to news — but we’re finally ready to commit to a date!

We will put Moonrise up for Steam’s Early Access on May 27. There will be two possible bundles for sale, both with four-star creatures, gems, gold, and exclusive creature skins along with the code for, well, early access to the game. Check out that link in the first sentence for all the details.

Before the sale starts, we’ll be giving away plenty of keys for those of you who want to sneak in under the wire. (A little bird told me to keep an eye on MMORPG.com later today, with other partners still to come.) And if you like the game enough to support it, the bundles will be in the game’s store for you to grab at any time. 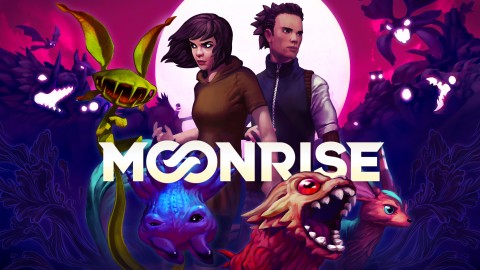 Moonrise, which has been in closed beta since last March, combines the depth of a collectible card game with the speed and challenge of a head-to-head fighting game. The result is a rewarding blend of strategic decision-making and fast-paced action.

Players battle NPCs and other players with a handpicked team of creatures called Solari. There are hundreds of unique skills for players to choose, and each Solari can be leveled-up and evolved along several different progression tracks. This variety allows players to experiment with a huge variety of team and creature builds to find the best fit for their preferred style of play.

Undead Labs will use player feedback gained through Early Access to fine-tune the combat balancing in the single-player campaign and PvP, as well as to polish all core game systems.

“Early Access has become an invaluable part of the development process and we’re incredibly excited to let the Steam community come in and kick the tires on Moonrise,” said studio founder Jeff Strain. “When you need honest feedback from dedicated gamers, there’s no better community than Steam and I look forward to hearing what they have to say.”

Early Access will be available through two premium content bundles, priced at $14.99 and $19.99. Each bundle includes exclusive Early Access content and a variety of in-game items offered at far less than the regular price.

Moonrise will be available to PC and Mac players on Steam Early Access.

If you’ve got any questions, want the sparkly press kit, or you’re a streamer/YouTuber who’d like to get in on the PVP action, please drop me a line in the next few days!

Edit to add: Hey, don’t forget – we streamed Thursday at 1 PM PDT/4 PM EDT/9 PM Universal. The second half the show is, as always, PVP with the devs in Arena Mode, where every player gets a random set of creatures to fight with. It’s pure skill vs. skill and it’s a crapload of fun. If you’re in the beta, and you want to thank me for that key you got, please come to the stream and kick Peter’s ass. http://twitch.tv/undeadlabs