…Solari Arena Mode, One Of The Two

One of our main goals with Moonrise has been to create a robust platform for a huge variety of different gameplay modes, especially for PvP. Our first foray into the realm of custom gameplay types produced Solari Arena, which is inspired by Sealed Deck formats popular in many CCGs…but with mechanics that helps create more balanced teams. 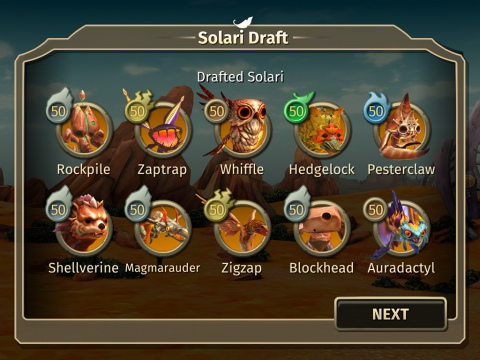 Solari Arena doesn’t use the team of Solari that you’ve built and upgraded over the course of the main game. Instead, when you enter Arena Mode you get a semi-randomized set of 10 Solari (more on that later) from which you set up your team of 6. You also get 4 relics (2 minor and 2 major) to kit out your Warden.

These Solari and Relics are only used in this instance of Solari Draft. The next time you enter the mode you’ll get a whole new set of stuff to try out. And while you don’t get to keep the Solari and Relics that you’re competing with, you can try out some crazy builds and get previews of what your Solari are going to feel like when they hit level 50.

All Solari used in Arena Mode are level 50, and come with a preselected complement of skills. This means that everyone playing in Solari Draft is on a level playing field. Your success depends on how well you build your team and how well you use them in combat.

In between combat rounds you can make adjustments to your build by swapping Solari in your lineup or switching up your combat skills. I personally love sideboard mechanics where you are able to tweak and adapt your build based on discoveries that you make while playing, and I wanted to make sure we got a bit of that feel in Solari Draft (even though sideboarding is traditionally a mechanic that is used in constructed formats).

A Roll Of The Dice. A Flip Of The Coin. A Turn… Of The Wheel

What the heck do I mean when I say, “semi-randomized”?

Completely random sets of Solari would be too chaotic to be consistently fun. Sometimes you would get a bunch of guys with no synergy or completely conflicting skillsets. Sometimes you would get an amazing dream team full of legendaries and be completely unstoppable, making the game less fun for everyone that you stomped on. What we really want is to hit the perfect middle ground, where everyone gets an array of Solari and relics that have one (or more!) viable strategy. 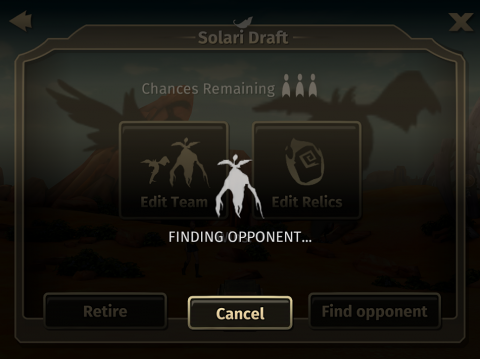 In order to avoid degenerate situations and hit that sweet middle ground, we’ve built out a system that guarantees that you’ll pull a couple of high-value Solari, a couple of tanks, a couple of healers, and then 4 more Solari from a more truly random pool of choices.

This means that you’ll have a fairly well-rounded set of Solari to build your team from, but also keeps every team from having the same structure. Your tanks could be heal tanks, mitigation tanks, or armor tanks. You could roll some really nice damage-focused Solari and decide that a Warden “Spike” build is your best bet.

There are so many different ways to compose a team… The trick is identifying a fun and competitive build before you hit the big, shiny button that says “Find Opponent”. Speaking of which, maybe we should chat a bit about finding that special someone…

Congratulations! You’re The First To Survive The Audition!

Matchmaking for Solari Arena Mode is pretty straightforward since the mode itself is self-contained. We look at the total number of wins that you currently have and try to match you against another player with a similar number of wins. Arena Mode is always active—you don’t have to wait for a new round or tournament to start.

At first we thought it might be too easy and that the mode would need some additional fancy logic to get good matches, but the matches that we were getting after the first couple of wins felt really well-balanced with just the win count pushing the matchmaking. As you climb higher in wins the competition becomes naturally more difficult since you’re facing off against builds that have also seen some success.

The rewards that you get for competing in Solari Draft mode get better the more wins you stack up. If you hit the cap of 10 wins for the mode, you automatically get the best prize pool that we have available, which (at the moment) includes: a bunch of Gold, a bunch of Essences, some Warden Keys, and some Gems, as well as some tokens for the Fashion and Solari chance spins.

That’s a lot of stuff…and all you have to do is be the best!

Of course, even if you don’t max out your wins, you still earn awesome prizes based on how many wins you accrue before that third loss (each win increases the quality of your loot)…and then you can jump back in and try again with a brand-new set of Solari and relics! 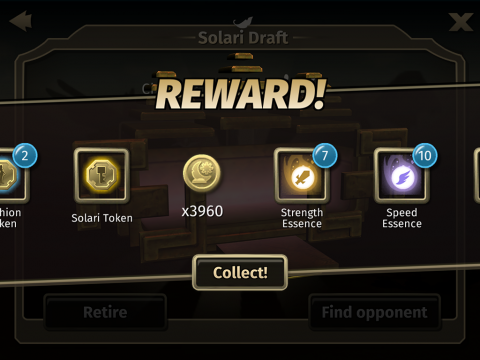 And There Ain’t Nobody Knows Where It’s Gonna Lead

As we continue to develop the Arena there are many potential paths we can take. The way the system is built we can (and plan to) continually update the semi-randomized lists as we get new Solari, skills, and Relics online. We can also spin up themed variations of Solari Arena that only draft from specific Solari and Relics, such as particular affinity combos or even wacky themes (“Only Birds and Bugs” or “Everybody is Green”).

Much of how this mode evolves is going to be down to how players respond to the systems that we’ve built. When you get a chance to play, definitely give Solari Arena mode a try and tell us what you think on the Moonrise forum! 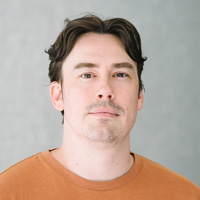 Richard Foge is design director for Undead Labs. Prior games include Guild Wars, Socom: Fireteam Bravo, God of War, as well as a fair number of other games you probably haven't heard of. Hobbies include reading board game rulebooks and, on rare occasions, actually playing them.
This site uses cookies for analytics, personalized content and ads. By continuing to browse this site, you agree to this use.AgreeLearn more