I wanted to let you know we’ve signed a multi-year, multi-title agreement to extend our development relationship with Microsoft Studios. We’ll be able to share details later this year, but as with State of Decay, we think it’s best if we just keep our heads down and build some prototypes before we talk too much. For now, suffice it to say there are big things going on with State of Decay.

If this were a press release, we’d have a carefully vetted quote from Phil Spencer, head of Microsoft Studios, expressing Microsoft’s excitement as well. But pictures speak louder than words, and we think Phil spoke pretty loudly during the keynote at E3 last year: 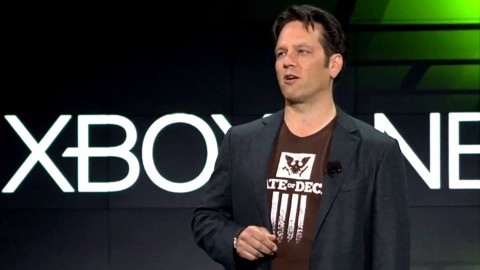 Thanks to Phil and everyone on our hard working team at Microsoft Studios for believing in State of Decay!

And most of all, thanks to all of you for your ongoing support, encouragement, and enthusiasm for State of Decay. We know how far we’d have gotten if it hadn’t been for your spreading the word, and it definitely wouldn’t be here. You made this happen.

It’s been a long haul from the original vision to this point, and the road ahead of us will take years to travel. We hope you’re up for the trip, because we can’t do it without you.