Do you think you’re a pretty fair hand when it comes to image editing? Do you know what looks good? Want to be celebrated throughout the entire State of Decay community…and be one of the first to see the game? Keep reading!

I won’t lie. I need your help. Here’s the deal. I’ve had a bunch of people suggest we should give out a Facebook “cover photo” for our fans to use. It’s a great idea. Heck, it’s been on our “would like to do” list for weeks now. With PAX around the corner and the process of getting the game approved for sale underway, we are busier than one armed paperhangers. Our art director is busier than a one legged man in an ass kicking contest. He may be winning that contest, but that doesn’t give him more hours in the day to make me a Facebook image when he has game related fish to fry.

That’s where you can help. I’ve seen the images you all have come up with just for fun. They’re awesome. I also haven’t done a contest in awhile. Two and two together equals… The Facebook Cover Image Contest.

The prize is a review code. The same one I’ll be sending to gaming reporters all over the world, as soon as our publisher gives us authorization. (I still don’t know when that will be, and I do not have sufficient data to make an intelligent guess… but it seems to me that anyone excited enough to do an art contest won’t mind hanging on until the codes are released, right?)

You may use whatever images you find on this website, or you can check out this concept art from Doug. Everything you see here has been realized in the world of State of Decay. 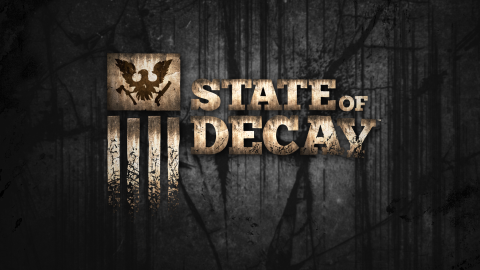 Facebook’s rules say the cover image can’t have a URL, or a call to action of any kind (“like this page, go here, do this” etc). The game logo and the company logo are fair game, though.

The dimensions of a cover image are 851 pixels wide, by 315 pixels tall.

You may add effects, crop, use multiple images – whatever you think would look cool! Just remember that if someone uses your picture, some of the lower left corner will be covered by the user’s own profile picture.

The winner, as I said, will be the first non-media person to play the game, as a token of our appreciation for the help in getting the word out about the game.

Any questions? The comment button is there to your right.