We knew that an article about guns would be popular, but wow! In less than a week, you guys have commented over 300 times, which makes this our most active topic yet. We’re incredibly pleased with all of the suggestions and feedback you’ve shared with us — it’s great to see how excited you are about the game, and getting this much input is really helpful for us as we cruise along with development.

As we were reading your comments, we noticed that many of you asked great questions, so we’ll answer a batch of them for you here today. Read on to see what we’ve covered!


Natchos asks in an article comment: “Will there be any simpler alternative ranged weapons like hunting crossbows, or homemade/store-found hunting bows?”

Yes! We’re definitely looking at a variety of other ranged options like bows and crossbows.

Many of you have asked: “Will noise and the dB of noise play a part in combat?” 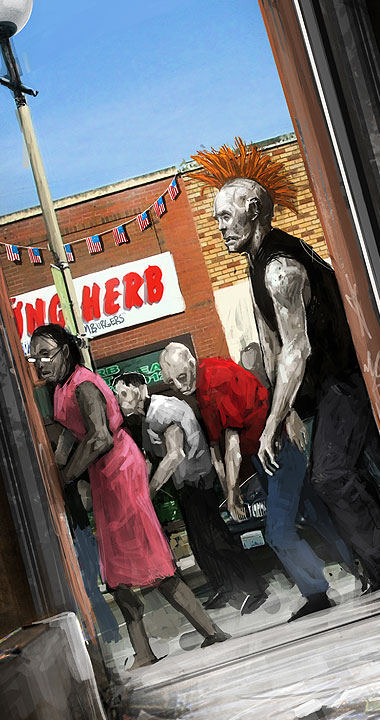 Absolutely. In our world, sound will play a big role in combat — if a zombie can hear you, they’ll be coming for you. If you fire a shot, expect that report to attract unwanted attention. However, the noise each weapon generates may vary. As a general rule, weapons that are louder in real life will be louder in-game, and louder shots will attract the attention of zombies that are farther away.

Making noise matter adds an additional level of strategy to fighting with firearms. For example, you may be want to pull out a suppressor to muffle the crack of a pistol when you’re fighting in close quarters. It’s also likely that single shots from a shotgun would attract less attention than the constant rattle of a heavy machinegun, so you may want to consider that before you head into large, densely populated spaces.

Anthony asks in an article comment: “Will you be able to craft items like molotovs from items you find around the world?”


Many of you have asked: “Are there going to be recognizable manufacturers of in-game weapons?”

We’re looking into licensing real-world guns, but it’s not critical to the game. If we were making a solely firearm focused game…let’s call it Gun Turismo…it would be essential to license the rights to use well-known firearms and to model them as realistically as possible; but for the game we’re making, if licensing real-world guns costs an arm and a leg (non-infected, of course) it may make a lot more sense for us to spend that money and energy on making sure the game is as fun as possible.

Now if Colt or Smith & Wesson want to contact us about an opportunity to appear in our game…well, we’d be open to the discussion.

Many of you have asked: “Will there be different ammo types in the game? For example, armor piercing, slugs, or buckshot?”

While this is something we’re discussing, it’s a topic that requires a lot of careful consideration. Introducing specialized ammo types creates an additional layer of complexity to the game, and as Brant mentions in his article, balancing realism and fun is an important part of designing weapon systems. Whenever we evaluate whether we’ll add a certain feature, we need to think about what other parts of the game may be affected by the addition. For example, if we added different ammo types, we’d need to make sure that the choice didn’t make our inventory system too complicated (and therefore, less fun).

We also need to consider things like our overall vision for the game, always keeping in mind that our primary goal is to create a kick-ass survival experience. While guns and ammo will play a huge role in staying alive, their core function is to let you save your hide by putting lead in a zombie’s brain. Modern ammunition types are optimized to penetrate tissue and do damage to vital internal systems, but in the case of zombies, blowing a hole in their aorta does nothing but mess up their shirt. Knowing this, we have to ask ourselves if it is worth differentiating types of ammunition when destroying the brain is still the only way to bring a zombie down.

In the end, we may find that we’re able to achieve a comparable result by doing something like giving different weapons certain ammo traits (for example, tying a buckshot-like scatter to certain shotguns instead of to certain shotgun shells). An approach like this would allow us to emphasize the strengths and weaknesses of various guns without adding the complication of adding a wide variety of ammo types.

Many of you have asked: “How will you handle weapon customization like weapon mods and upgrade components?”

We’re really excited about letting you customize firearms by swapping components and adding new ones (scopes, for example). There are a full range of customization options we’re envisioning for Class4, but we haven’t decided whether we’ll include a simplified version of the system in Class3 yet.

Many of you have asked: “Will we be able to find ultra-rare guns in the game, like the <insert exotic firearm>?”

While we plan to introduce the occasional exotic weapon, we need to be careful to balance how frequently (and where) they’re found. Since Class3 will be set in a primarily agricultural community, it’s reasonable for us to assume that most farmers and country folk would be armed in some way — whether it’s a gun cabinet in the house or a rifle, shotgun or an old pistol under the seat of a truck. Unless they’re extreme gun enthusiasts, though, it’s pretty unlikely that they’d have a house full of expensive exotic weapons. And it’s even less likely that they’d have access to rare military firearms.

However, that’s not to say that you won’t be able to stumble across the occasional super cool and rare gun in some secret basement bunker of some resident Burt Gummer, or find some technologically advanced rifle in the bowels of a military base somewhere.

And, of course, Class4 will provide more opportunities to get your hands on more exotics. 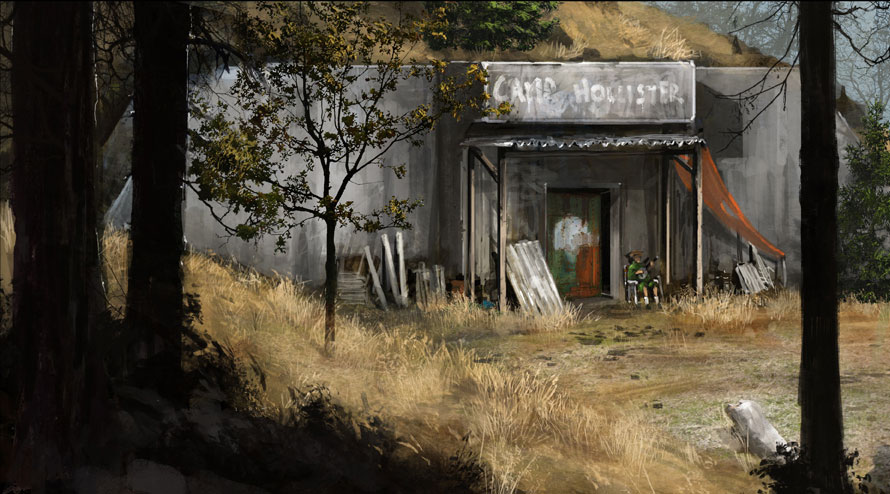 Many of you have asked: “What categories of firearms are you looking at for the game?”

As Brant mentioned in his article, we think a lot about play style when we talk about firearms, so it’s important for us to cover a lot of the classic role-defining weapons like shotguns and sniper rifles.

Many of you have asked: “Will the weight of ammo affect how much I can carry?”

In a survival game, we think weight should be a very important factor. After all, most of us aren’t cyborg ninja paladin super-soldiers who can hurdle buildings while carrying a heavy machine gun and 10,000 rounds. You’ll be able to choose to carry more stuff, including extra ammo, but you’ll want to consider the weight, fatigue, and noise consequences.

Of course, that doesn’t necessarily mean we’ll be accurately modeling the mass of individual rounds. Or that you’ll pick something up and suddenly find you can’t move because you’re “encumbered.” That’s not fun, and keeping the game fun and playable is always our top priority. 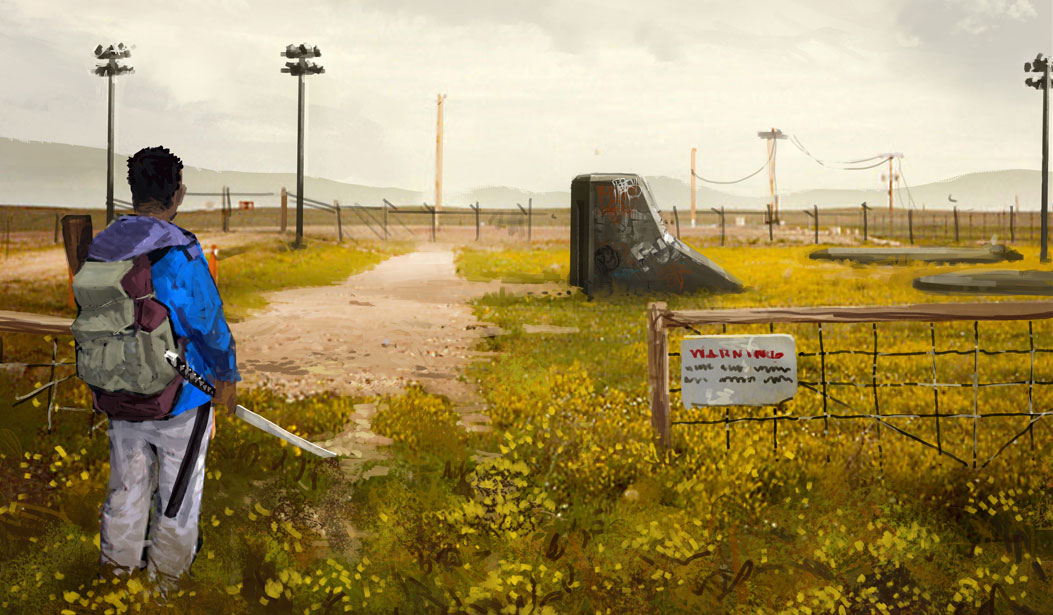 Many of you have asked: “What types of non-gun weapons will we find in game?”

In addition to the traditional ranged weapons mentioned above, there will be a variety of melee weapons. Melee combat is a very important part of the game, so we plan to cover our thoughts on it in a future design article.

And there you have it! Again, we’d like to extend a huge thanks to all of you who contributed feedback and ideas on Brant’s post. If you have additional thoughts on the firearms, or about anything we’ve covered in this Q&A, post a comment and let us know!