“It’s not enough to love the studio, your coworkers, and the game you’re making. You have to love what you’re doing, too.”

I was sitting at a small cafe table in Occidental Park, watching the zombies that inhabit this part of Seattle, and talking to Brant about his role on the team.

I met Brant Fitzgerald back in 2003 after his studio, Beep Industries, closed its doors following the release of an Xbox platformer which impressed critics but failed to bring in the big bucks. I was recruiting 3D artists for ArenaNet at the time, and had been tipped off that some high-caliber artists would soon be looking for a new gig. Brant had a ton of experience as a 3D modeler and effects artist, but I was most struck by his passion for gaming and his no-nonsense approach to art production. In short, I knew I could count on him to GSD. 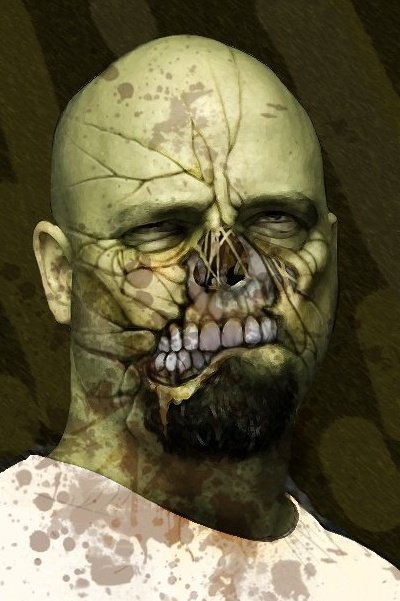 Brant accepted the offer to join ArenaNet and went on to personally develop a majority of the 3.1e27 skill effects in Guild Wars. (Trivia note: our art director Doug Williams, also a Beep Industries alum, created the 3.1e27 skill icons…)

In 2006 Brant invited me to join him for lunch, along with Doug and a few other zed-heads, where he pitched the idea of a zombie-survival MMO to me. I told him it sounded awesome, and that I hoped to help him follow up on it when the circumstances were right. It was a weak sauce answer, but the best I could do at the time.

Fast forward to Fall 2009 and I’m ready to do it. I knew I wanted Brant on the team, but not as an effects artist. With his background in weapons and survival and his love of open-world console games, the place for him was on the design team.

He has fifteen years of making art for games, but he wasn’t lying awake at night thinking about how to make a prettier, flashier zombie game. He was mulling over how it should play and how it should feel. He was picturing rescue missions, how outposts should be established, the degree to which food and other consumables should affect characters, how interacting with the environment should impact tactical situations, what happens if you get bitten, and the role of fuel trucks and church bells.

This game is his passion, and in some ways his vision.

Today I’d like to introduce Brant Fitzgerald, who joins James Phinney and Richard Foge as the third pillar of our design team. In addition to pitching in on general design tasks, Brant will be particularly focusing on items and rewards.

And that’s good for all of us, because let me assure you: he’s been thinking about this for a long damn time…