I think it was second grade, but it might have been first. We had to stand in front of the class and talk about what we wanted to be when we grew up. I wanted to be an artist. I had to do my report over. Art wasn’t a career I was told. Art was a hobby. Artists didn’t draw robots and spaceships, they painted landscapes. I went home devastated.

I don’t remember exactly how it happened; whether my Dad swung by the bookstore on the way home after talking to my Mom, or if it was the next day, but I distinctly remember him giving me The Art of the Empire Strikes Back while my Mom stood in my bedroom doorway. I redid my report…sort of. The paper was exactly the same, but now had the word “concept” in front of the word “artist.”

I would be a “concept artist.” 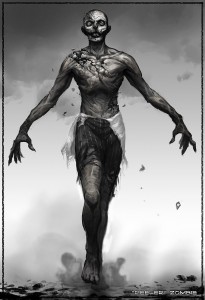 I got my first concept art gig way back in 1997 at a place called Cavedog. Since then I’ve had a steady string of work drawing aliens, fantasy beasts, spaceships, Road Warrior-esque cars, cartoony kids, and a talking voodoo doll. They actually pay me to do this $%#@. So when Jeff pulled me aside and asked if I’d be the art director at Undead Labs, I panicked. That’s real work. That’s grown up stuff. That’s a step closer to landscape painting. I wasn’t sure if I wanted to be a “real” artist; and surely if you’re going to be directing art, you had better be legit. But then he said the magic word: zambie, or rather, zombie.

Now, I have a thing for zombies… 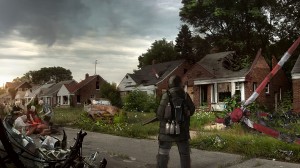 It all began at a friend’s seventh-grade birthday party. That’s when I fell in love. No, not with the birthday boy, although he was a handsome child, but with the whole zombie genre. One of the videos he rented was the original Dawn of the Dead. It blew my mind. Everyone else at the party was completely bored with it. Where was Freddy? Jason? Topless 25-year-old girls posing as high school kids? Those were the icons that defined horror to middle school boys in the mid-to-late eighties. Not these slow moving zombies, that seemed so easy to evade, and so easy to overcome. And yet, we never did overcome those zombies; they always won, but only because we always failed. Failed to organize, contain, and stop the spread of the disease. It was about our failures, not the zombies’ triumphs.

I have watched that film again and again. 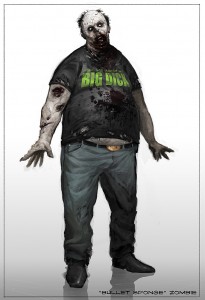 So more than twenty years later and Jeff is giving me the chance to marry two childhood passions. What else could I say? Of course I said yes, and this is where the fun begins. The plan is to bring forth a world of terrifying beauty. A world where you can be holding down chunks of vomit in your throat as you cut through a horde of oncoming zombies one minute; and the next enjoying a gorgeous (simulated) sunset. It’s a tall order, but I’ve had over twenty years to picture it.

Now, where did I put that landscape brush? 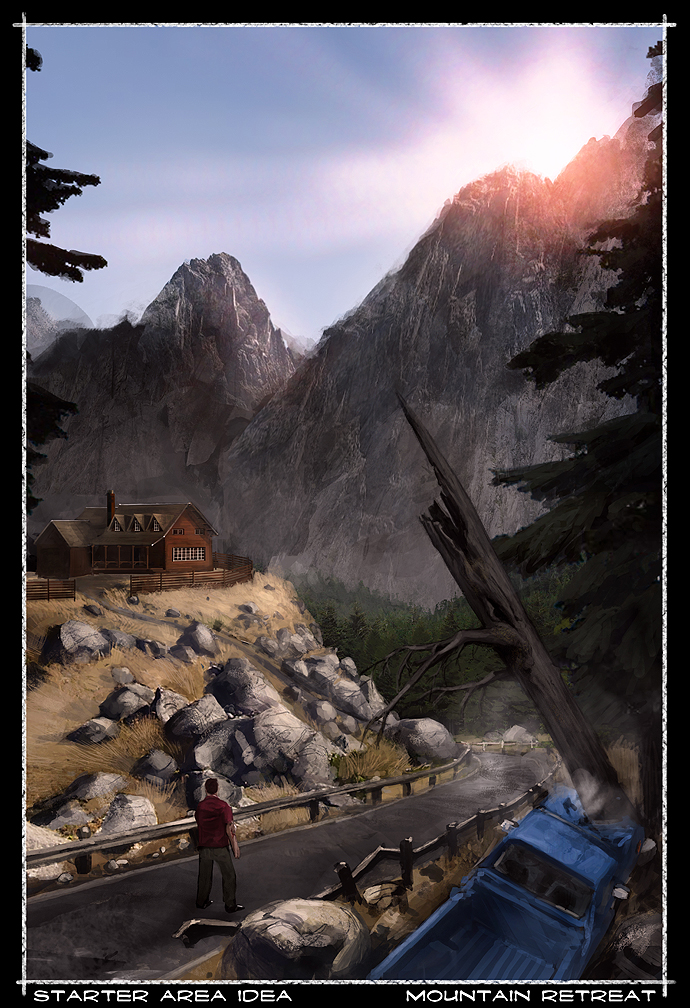 [If you just can’t get enough Doug and would like to know more, be sure to check out Jeff’s introduction.]