November 23, 2009 – Seattle, Washington – When flesh-eating, shambling undead corpses invade Seattle, Undead Labs will probably be the ones responsible. Video game industry veteran Jeff Strain today announced the formation of Undead Labs, a Seattle, Washington-based game development studio that’s on a mission to take online gaming in bold new directions. Undead Labs’ sole focus will be to create the definitive massively multiplayer online zombie game (MMOZ) for console gamers. Nothing screams funny quite like wading into a group of rotting zombies with lawn chair and a box of sharpened #2 pencils, and nothing says fun quite like doing it with your friends, whether online or on your couch. Undead Labs is committed to bringing to life an MMO loaded with action, humor and, of course, a whole lotta zombies, because the world doesn’t need more dragons. 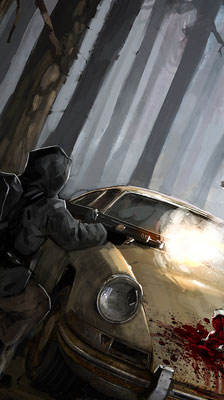 Strain left NCsoft last summer to build a creative studio around the most talented – and zombie loving – developers in the industry, and to pioneer a new development model that will create a new breed of MMO built from the ground-up for console gamers.

“Every time I see a good zombie movie with friends, we spend days debating our strategies for surviving the zombie apocalypse,” said Strain. “The police station, or the supermarket? Garden rake, or staple gun? Bach, or the White Stripes? I’m a game developer, so I’d probably be useless for anything other than ghoul bait, but I’m excited to have the opportunity to build an MMOZ that lets us put those strategies to the test and find out for sure.”

Strain’s experience and expertise as a game developer and business leader helped spawn the game industry’s most successful and influential MMOs. In the mid-nineties while Strain was at Blizzard Entertainment, he was a programmer for StarCraft and Diablo and created the StarCraft campaign editor. In 1999 Strain formed the initial team and kicked off development on the wildly successful MMO World of Warcraft while taking on the roles of team lead and lead programmer on the project.

In April 2000 Strain founded ArenaNet with fellow Blizzard leads Mike O’Brien and Patrick Wyatt. He served as programmer and executive producer for the popular MMO franchise Guild Wars, which has sold more than six million units. Korean MMO publisher NCsoft acquired ArenaNet in 2002, and in 2008 Strain was promoted to president of product development for the company’s Western operations, where he spent a year wearing button-down shirts and dark socks before returning to his development roots with the formation of Undead Labs.

More information about Undead Labs can be found at http://UndeadLabs.com.