I grew up in the small Central Texas town of Temple. Never heard of it? Most people haven’t. It’s about an hour north of Austin, and about half an hour south of Waco. You remember Waco, right? Yep, that’s my childhood stomping ground. That’s where I learned to play D&D, fell in love with video games, saw Dawn of the Dead for the first time, and pushed wheeled trashcans full of day-old Mexican food down the alley behind the restaurant with my car at 40 mph because there was nothing else to do.

Temple isn’t exactly the glitzy metropolis you’d expect to see in a game. If I’m donning my cape, mask, and lightning fists to take on some evil supervillains, I want to be somewhere sexy like Paragon City or Tokyo. If I’m taking up my two-handed mace to get my Paladin on, I expect the best chance to be admired is somewhere densely populated like Stormwind or Paris. When I suit up in my NFL-designed space marine combat armor, I look forward to dishing it out to the bugs on their homeworld of X’zzzt.

But the zed apocalypse? Forget the cities and the flashy locales — many of us will be holding back the rotting hordes in small towns just like Temple. 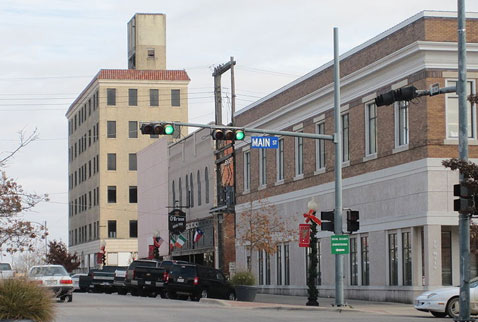 A few weeks ago, we asked you to share your hometown with us. Our survey received thousands of responses from all over the world, and the results were surprising. While it’s statistically true that most of the world’s population lives in big cities like New York City, London, Paris, and Athens, you can see from our Outbreak Map that only a handful of us live in the heart of metropolitan areas. Most of the people that responded to our survey actually live in small towns or suburbs. Home isn’t Times Square or Shinjuku — it’s Bob’s IGA, the VFW dance hall, the local espresso shack, and the Alamo Burrito and BBQ Hacienda. 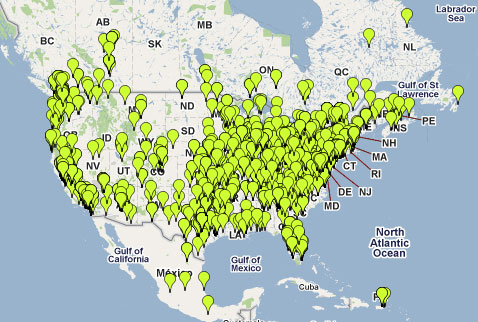 When we started designing the world of Class3, we wanted to capture the essence of the real zombie apocalypse by creating a setting that felt like a real place — one that you might actually live in. For a template, we chose a typical small town in eastern Washington State, very similar to our tech director Shaun’s hometown of Benton City. 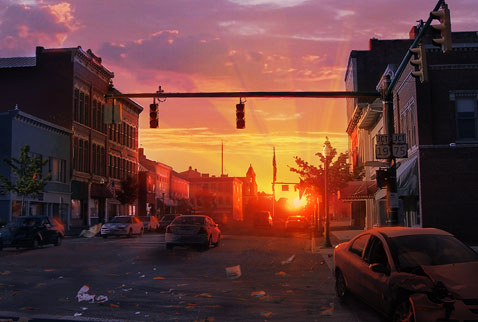 McMillanville. It’s not fancy; it’s not exotic; but it’s home. And you know, that shit could happen here.

PS: Thanks to all of you who entered your hometown on the map! Team Zed loved watching the map fill up over the past few weeks. If your hometown isn’t called out, go ahead and add it! Don’t worry if the pin doesn’t pop up right away — our map updates every night, so check back the next day to see the latest version.