We all know the situation: Society has broken down.Everything you want or need spells danger to one degree or another. Stores are filled with things you want to eat, but also with things that want to eat you. The people you used to rely on for goods and services are gone. They’re either zombies themselves or they’re like you — scattered and trying to figure out what to do. If you want their help, you’ll have to find them as you travel, hope they find you, or risk your neck to save them. Once you’ve met up, who knows what will happen? Maybe they’ll want join you. Maybe they’ll prefer to travel alone. Or maybe they’ll be desperate and try to rob you. You just never know. In other words, you have a lot of challenges to overcome. 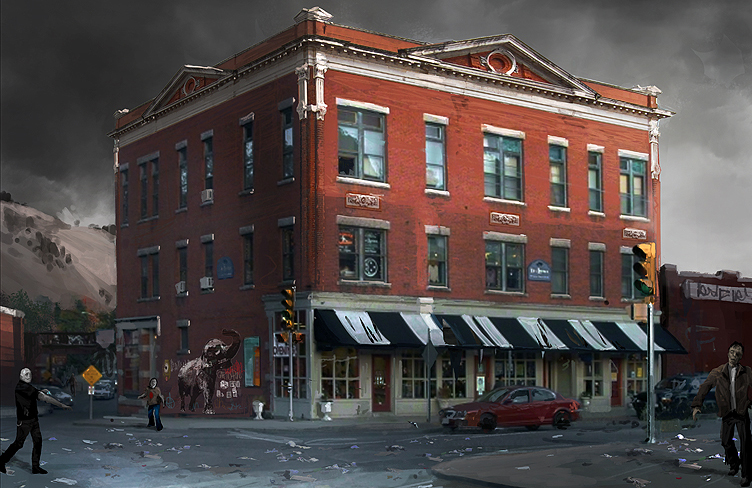 Let’s say that you manage to gather up a small group of fellow survivors, and you guys go off and fortify a supermarket. The store is filled with food, you’ve built a secure barrier around your base, and you’ve scrapped together enough ammo to defend yourself. In your community, your “star members” are a doctor, a mechanic, an engineer with a surprising talent for making bombs and traps, a farmer that’s really awesome with a rifle, and a guy that can get power up and running just about anywhere. You’re doing pretty good.

Then things take a turn for the worse.

Your doctor’s making everyone miserable, not doing a lick of work, drinking all day, and constantly reminding everyone of the one time he stitched up the engineer. Your hot-tempered mechanic is getting sick of his attitude and calls him out for it. There’s a scuffle and the next thing you know, you’ve got a physician with a broken arm. In the meantime, your engineer, who’s always seemed like a bit of a coward, is growing increasingly withdrawn. It’s not clear that he’s going to keep it together with all the added stress at the base. Then your farmer has a complete mental meltdown and the guy you’ve got running your generator wants him gone. Unfortunately, you know that he’s one hell of a shot, and you honestly have no idea how he’d react to being ousted. Or if you can even afford to lose the guy who’s in charge of watching your perimeter since everyone else at the base is an average shot at best.

It’s right about then that you wish you had someone skilled at negotiation to help defuse the situation. Or that you’d realized sooner that some of these people had some serious baggage. Maybe instead of a surgeon who also happens to be an arrogant asshole with a drinking problem, you would have been better off with that RN who never loses her cool.

In a  real survival situation, it’s not just the obvious skills like medicine and construction that will matter. Things like leadership, negotiation, patience, deception, and empathy all have their place as well. And for each person you meet, their psychology and history may be as important to consider as their skill set. That’s where the difficult choices come in. Some truly skilled people may be more trouble than they’re worth, but at the same time, a great personality won’t patch up a bullet wound or set a broken bone.

Ultimately, there’s no single clear-cut formula for what to do. It’s all about how you would choose to survive.

We’re thinking about all of these issues while working on NPCs for Class3, so we’d love to hear your opinions about this stuff. What skills and personality traits are important to you? What would you sacrifice for them? What weaknesses could you live with? What’s over the line? What trade-offs would you be willing to make? Post a comment and let us know what you think! I’d also like to extend a huge thanks to the crew over at MMOZed, who posted the topic that inspired this article.