It’s been a really exciting week for all of us here at the Lab! On Thursday, we spilled the beans about our partnership with Microsoft, announced our target console, and gave some early details about our plans to release not one but TWO games — code-named Class3 and Class4.

We’ve had a lot of fun watching the coverage about these announcements. Here are some of the highlights:

…in the past three years, we’ve crushed, shot, sliced, exploded and generally obliterated more virtual zombies than we could ever possibly hope to count throughout the fullness of time…That’s exactly where Class3 — a temporary codename, mind you, and a direct reference to Max Brooks’ seminal Zombie Survival Guide — sets itself apart. – Joystiq

Joystiq actually created four separate articles about the news, including an interview with Jeff and a gallery of Doug’s kick-ass concept art. One piece is exclusive to their site — can you spot it?

We want to create the definitive zombie survival experience,” Strain told us in an interview. “It hasn’t been done yet, and we think that there’s a tremendous game there to be made, and we want to be the ones to make it. – 1up

Keep an eye out for 1up’s exclusive posting of one of my personal favorite images. If an outbreak ever hits Seattle, this is where you’ll be able to find me.

And that wasn’t all folks had to say… 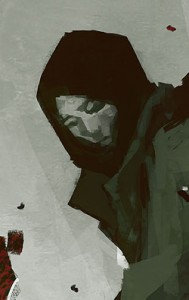 …better than a simple zombie shooter. There’ll still be guns and gore, of course, but there’ll be much more than that in store when Class3 comes calling on Xbox Live Arcade. – Kotaku

Sounds ambitious, and as a fan of horror and zombies (nope, still not getting old!), I can’t wait to see what they’re cooking up. – Destructoid

We believe starting from the 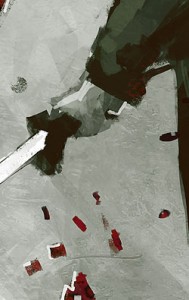 ground up is the right way to make a full online world experience that feels at home on the console platform…” (Jeff Strain) insisted. — Eurogamer

…the game world changes in real-time and content becomes available depending on what players are doing. I’m not really sure exactly what this means in terms of gameplay, but I love the idea of a constantly evolving, zombie-filled open-world to explore and inhabit. Don’t you? – G4’s The Feed 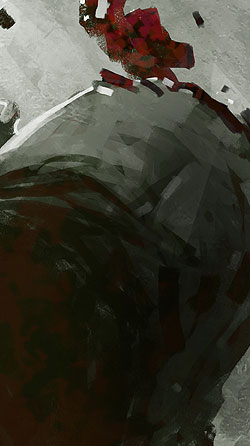 Our core mission is to build a game around the question, ‘What would you do in the face of the zombie apocalypse?'” Strain told Ars. “We want to give you the freedom to test your own survival strategy… – Ars Technica

If you think of an MMO as a game that allows thousands of gamers to play together in a persistent online world that evolves and reacts over time to player actions, then we’re still making that game… – Gamasutra

We’re stoked to see all of the enthusiasm and well-wishes for the game, and are looking forward to being able to share even more details about what we’re working on in the near future! Stay tuned later in the week for brand new (not-so-rude) Q&A, where I’ll pull together a number of your most asked questions and hit up the team for answers.

Have a great night!