I went to my father and told him my career ambitions. Being the supportive man that he was, he responded, “Don’t be an idiot, son, there’s no future in that!” So, following my father’s advice, I took a different career path. I decided to be an astrophysicist. I got my degrees in physics and astronomy (my father still didn’t approve, but that’s another story).

I loved doing scientific research, but I still wanted to make games. The whole time I was doing science, I was going home and trying to make games on my own as a part-time job. It was this constant compulsion not just to play games, but to make them as well.

Finally, I decided to take a risk. I didn’t want to look back on my life and regret that I had never tried to live my dream.

I decided to quit my job and create shareware games until someone gave me a job. Turns out I managed to get a job with a game studio start-up here in Seattle without having to take quite such a big risk. I was ecstatic. I was going to fulfill my childhood ambition!

My first game was a PC title, but before I knew it, I was making console games. I got to work on one of the first PS2 development kits in the country. It was baby blue, the back had no cover, the controller was soldered directly onto the mother board and you had to develop under Linux (crazy Japanese developers). It came with a bunch of thick auto-translated manuals that basically just listed hardware registers and what each bit did. I had to write my own device drivers for everything in the hardware. It took me weeks just to get a polygon to render. It was a huge pain in the ass and it was AWESOME! Being able to control the hardware completely at that level was fantastic. I’d found a new love in embedded development. It was all about exploiting the hardware to the max, despite its strict constraints. Creativity is all about restrictions and console development gives you those in spades.

Fast forward 12 years and I’ve gotten to work on almost every major home console and at least one portable. I still love it and it just keeps getting better. 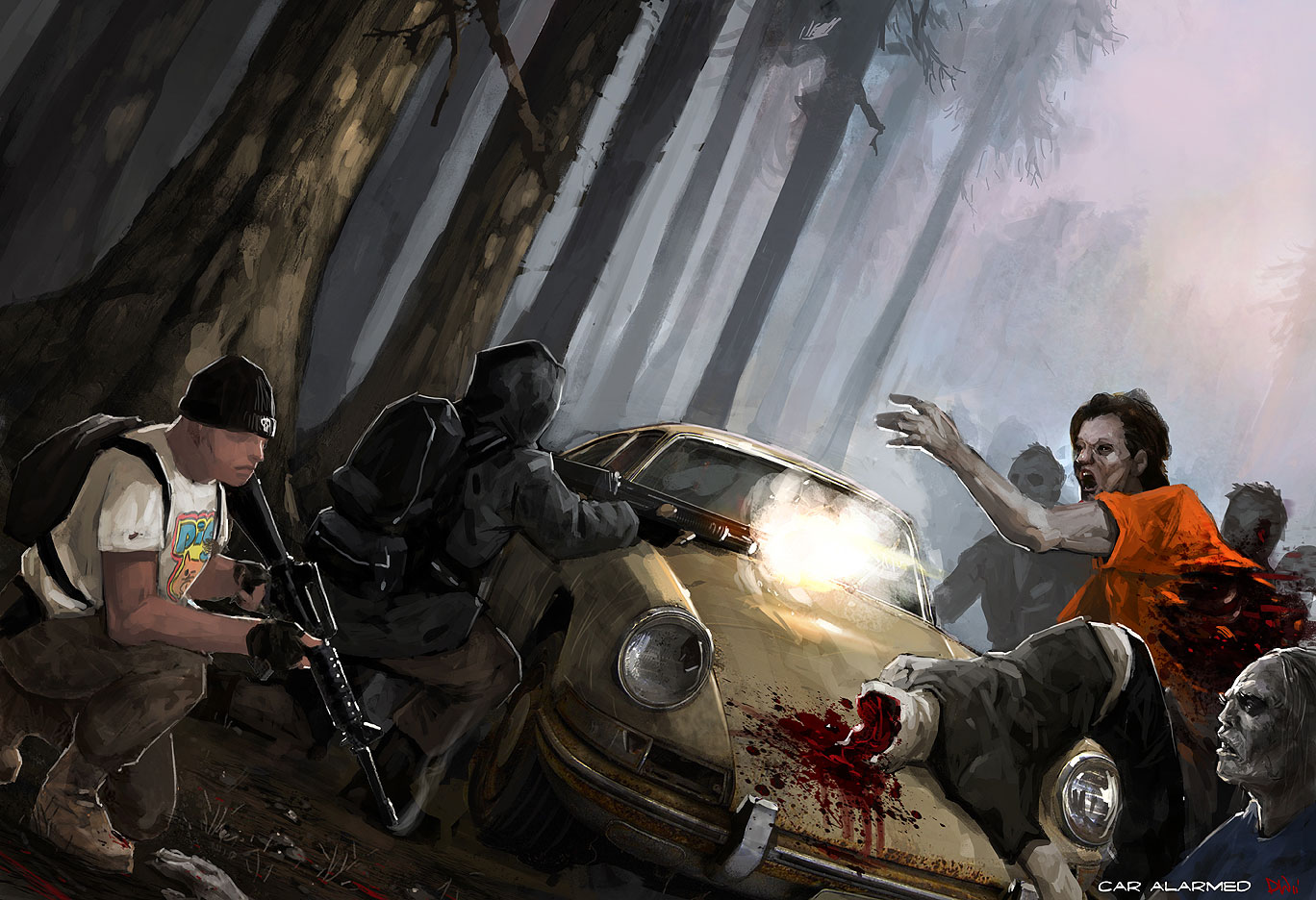 My love of this career isn’t just predicated on cool hardware or other nerd bit twiddling. I love playing games and I especially love console games — though I’ll always have a special place in my heart for Civ. 🙂 I love sitting on my couch, with a controller in my hand, having nothing but fun. And what’s going to be more fun than gruesome brutal zombie kills, exploring a large open world and planning out how to survive the coming apocalypse? Nothing IMO. I want to play this game now!

So here I am, honored to be working with this world-class team, making a game that I’ve wanted to make since before I was even in the industry. Hell yeah! It’s been a helluva ride and I regret NOTHING!

To celebrate getting to work at Undead Labs on this amazing game, I give you an original zombie themed cocktail.

1 oz White Dog Whiskey (This is whiskey straight from the still, because who has time to age their booze in the thick of the zombie apocalypse?!)
1 oz Pisco
1/2 oz Lillet
1 dash Angostura Bitters

Stir in an ice filled glass till cold, strain and serve with a lime twist. And remember, the sun is always over the yard-arm somewhere :).

[If you just can’t get enough Shaun and would like to know more, be sure to check out Jeff’s introduction.]